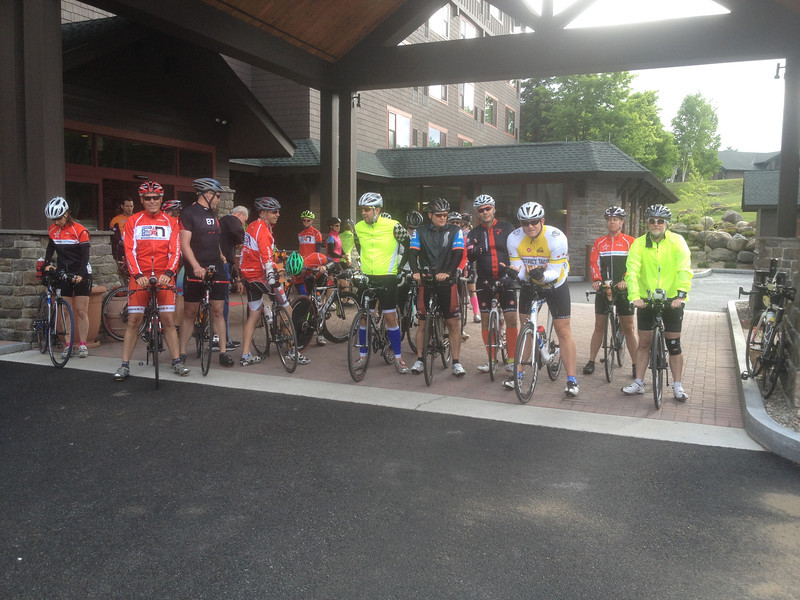 In our 12th year of coming up to Lake Placid, we were not disappointed by the awesomeness of the Adirondacks. We experienced rain and sun, sampled the hills and headwinds, and even snuck in a few swims in Mirror Lake. With our mission being a complete reconnaissance for the Ironman® in July, I can confidently say that we achieved all of our goals!

Day One: Rain, Run and a Swim

We woke up on Friday morning to our greatest fear — the rain that had plagued us on the drive up on Thursday had remained. It was patchy; intermittent downpours were floating about with the threat of thunderstorms in the afternoon. Add all of that to the construction and road changes on the climb / descent out of town and I decided to refocus the camp.

We kicked things off with the long run — one loop of the Ironman® course — which is usually reserved for Day Three. Hitting the run without massive bike fatigue here in Lake Placid is a very different experience. It was nice to be able to run the hills vs just suffering through them, but that doesn’t mean it was some kind of cake walk. Hills are tough no matter when you run them. And the rain certainly tested our mental focus. Here is my strava file from the run — a solid effort after a good warm up.

Our midday lunch break was a drive out of town, down the descent, into Keene Valley to the ADK Cafe. I wanted the newer folks to get a chance to explore the descent, and we stopped at critical points to make sure that everyone had a chance to learn about the layout of the road and basic racing strategy. We passed quite a few folks who looked just plain miserable on the bike; and there was even a woman getting a ride back into town just huddled in the restaurant for warmth!

Our return to Lake Placid proper saw us make a quick change and head down to Mirror Lake for an afternoon swim. This was a perfect complement to the pounding our legs took in the morning. The goal was to swim easy out and steady back, with everyone looking to do a little more than what a single loop would provide.

Thankfully the buoys in place were very accommodating…and 1.5 miles it was. We closed the night with our Four Keys of Race Execution talk to hammer home the logistics of putting a solid race together. What started as a 60-minute presentation quickly turned in a two-and-a-half hour session with some great questions!!! 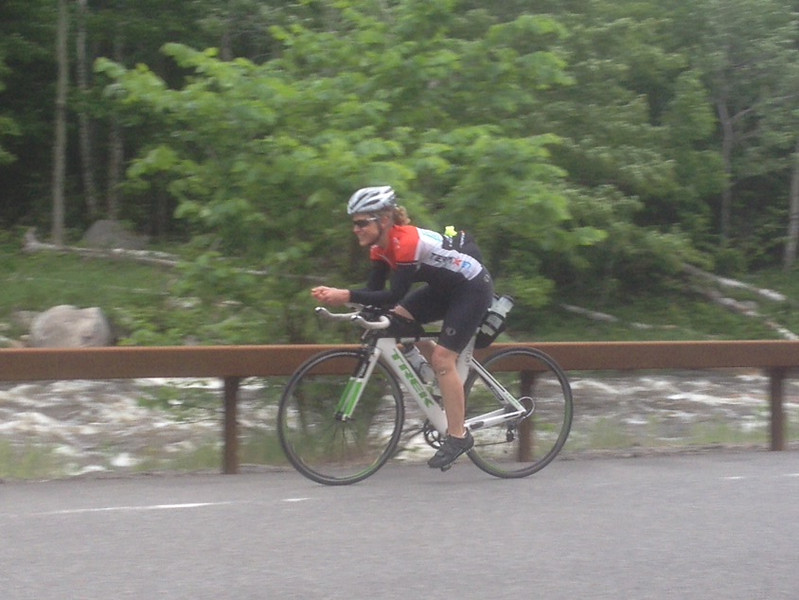 After a long soggy day, we were resolute in our commitment to getting on the bike. Sure the clouds were on the way out…thanks to some solid wind. Who cares? I’m outside on my bike and it’s Lake Placid! Our goal was to scout the course on Lap One, with the second lap being more about consistency and execution. If anything, I asked the campers to focus on the final 15 miles into town as a place where they could put in some effort.

Of course, Mother Nature had other plans. There was a tailwind / cross-tailwind on the descent, making dodging all the right potholes a pretty tricky enterprise. The wind continued on Route 9N, really picking up on the way to/from Ausable Forks. It wasn’t quite a defined wind, but it was definitely enough to mess with your head. And then there was the climb back to town — the notch was really blowing, especially on the first lap.

Aside from the usual mechanical muddle, where multiple teammates were saved by the Ottawa Sleeper Cell (thanks Steve!), the first loop was pretty solid. The weather held and we got a lot of good work in. By Lap Two, the fatigue was setting in and riding close to Lap One was suddenly very challenging. This is also where nutritional and positional issues emerge, with discomfort coming in many shapes and sizes. Here is a Strava file from the day.

As the campers came back to the hotel, it was clear that they returned with a great deal more experience — and host of new questions! We held an early camp dinner as folks were so hungry, and then it was time for the Camp Course Talk where I broke the race down into several key sections with strategies and information for each segment. This is my favorite part of the camp — getting some really useful information to the Team. 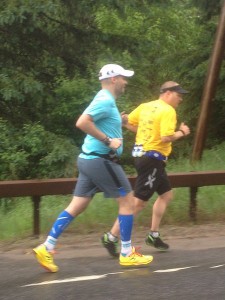 Sunday is always a half day due to travel constraints. With the weather on Friday delaying the bike, this means Sunday became a 56-mile bike plus a brick run. The goal here is to come close to the effort from the prior day as a measure of our fitness and ability to focus.

Despite all of our weather apps promising good weather, we awoke to wet roads and cooler temps. The campers were undaunted, however, and we just bundled up to head out. Sure enough, after a wet descent the roads in Keene, Jay and Wilmington were all dry. Not necessarily from the sun, however…I think it was because of the wind.

While the wind blew on Saturday, on Sunday it was just a headwind no matter which way we pointed our bikes. The climb back to Placid was particularly not fun. The wind just made the hills worse and the short recovery sections practically non-existent. While we want to be challenged during camp, this was certainly beyond the norm. Another Strava file here.

Once we racked the bikes, however, the winds was kind enough to stick around and keep us cool. Aside from a few souls who were due a long run today, most of the campers put in a short run around Mirror Lake.

When it was all said and done, the totals were approximately as follows. Swim between 2500 to 4000. Bike between 168 to 224 miles. Run roughly 20 miles. That’s an awful big three days! With the long drive home, it’s time for a few days of recovery before getting back to the final push to race day.

If you’d like to learn more our our race-specific training camps, please head over to the official Endurance Nation Training Camps page. You can view all the camp photos here.