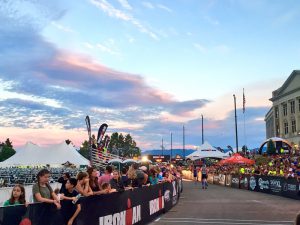 The 2016 Ironman Lake Placid is officially in the books. It was another epic day, as most of these events are. This one was made all the more special for the team given how many athletes we had racing and how many friends, family, and teammates we had out on the course supporting. Bonus that together we were able to take first place in the Ironman Tri-Club championship – nice work everyone!

Before we get to actual race day, Endurance Nation pre-race festivities were in full swing! 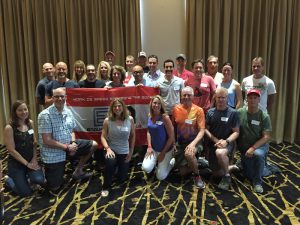 With over 40 athletes racing this year, our Team Dinner was a big party! Spouses, children, friends and even pets have graced our traditional team dinner. This is a fantastic way for everyone to spend time (out of spandex and away from gels and cliff blocks) together. Either you’ve never officially met a teammate before, or you haven’t seen them since the last race, it’s always a good time. Laughter, hugs and of course CARBS! 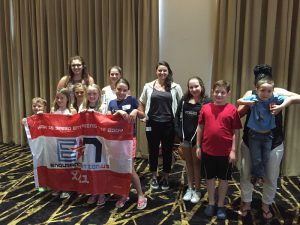 Lots of EN kids ready to cheer on their rockstar EN parents! 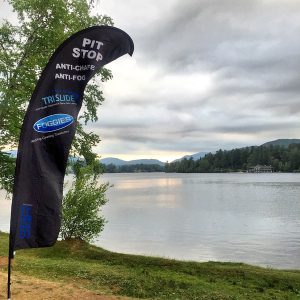 Our amazing swim sponsor for IMLP was SBR Sports, with a quick “Pit Stop” of all kinds of swim goodies. Samples in Tri Slide, Foggies, their shower product line AND their new DermaSport facial line – Lake Placid athletes were in for a treat at Mirror Lake (and no it wasn’t just the cable under the water!)

Your triathlon experience wouldn’t be complete without TriSlide to keep the chaffing away and Foggies for their goggles to prevent fogging up – as all the athletes soon learned, it is now a must have on their checklist! 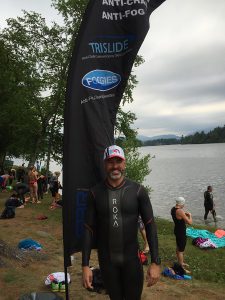 We have hundreds come out and sample products and get in one good lap of the Lake Placid swim course. Thank you to SBR Sports for always keeping our athletes prepared and a step ahead of the competition!

The Four Keys of Lake Placid 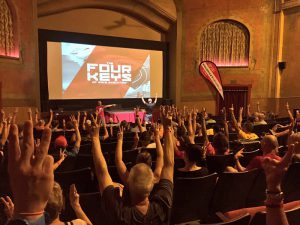 Coaches teaching the not so top secret EN Gang Sign!

If it is a Friday morning before the Lake Placid race, you know you can find the Endurance Nation team at the Palace Theater teaching athletes how to execute every inch of the course. With amazing sponsorship give-a-ways from Beet Performer SBR Sports and Amrita not only did athletes walk away with the confidence to execute like a pro, but tons of amazing swag as well!

NOW…. we finally get to race day!

Here are the details on how the day unfolded… 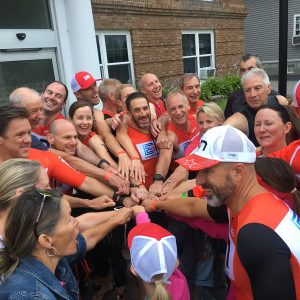 It was foggy and overcast with temperatures in the low 50s. Many were worried about the swimmers and how they would cite because you could barely see the first buoy. It was a wetsuit legal swim, and the logistics here at IronMan were once again impeccable. Body marking, the shuttle, everything worked perfectly. Given the number of athletes we had attending, it was impressive how many we were get to attend the 6 AM family picture! 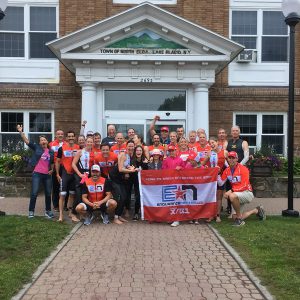 Once again Mirror Lake lived up to its name. Just before the start the sun came out and burned off most of the fog allowing everyone to cite. As usual, Lake Placid is now a rolling start.  From the initial reports we’ve heard, the swim was just as vicious because everyone is fighting for that cable. Mental note for athletes competing in the future – if you can see the cable out of the side of your eye that’s good enough. Or rather, the person in front of you or to the next view is probably following someone who can see that cable and you are fine. There were quite a few reports of physical contact on the swim and even one of our athletes was forced to drop out with a concussion.

This is not a place were Endurance Nation spends a lot of time on race day or reports about, but it’s a special place here in Lake Placid because of the nature of the layout of transition. It’s always great to get a handle on how many people have finished this one and being at the bike mount line allows us to see how they’re feeling heading on the bike. Almost all of the EN athletes handled the bike mount line exactly as taught. Was great to see the smiles and the patience and discipline at the start. 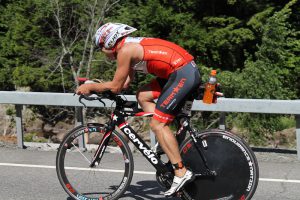 First lap conditions were perfect for a fast ride. In fact after the first loop, somewhere in the neighborhood of 100 athletes were on scheduled to go under five hours which is almost unheard of. Fast wins and dry roads contributed to a really awesome first loop. You can see this by how fast Heather Jackson raced to catch up and take the lead by the time she hit Papa Bear at mile 53.

The second lap was a different story however as the slight winds grew stronger and made the return trip to Placid much harder. Splits dropped across the day, and it was not uncommon to see a 10 to 15 minute disconnect between lap one and two. I am proud to say that most Enduring Nation athletes were able to keep that delta very small as they stayed Inside the Box and executed according to the Four Keys strategy. 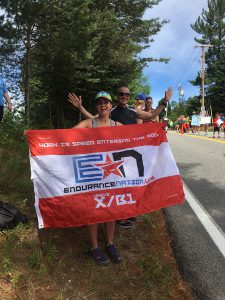 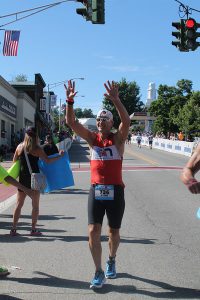 This is almost a tale of two days. The winds died down in the early afternoon, or at least the winds were not as prevalent in Lake Placid as they were down at lower elevations. This made for a very hot run. You can tell who wasn’t racing because they were all sunburned – as all the athletes put sunscreen on in the morning! The rest of us were fried. Given the heat of the day nutrition was paramount and there were tons of people walking the course or lying down on the ground. In fact there were even athletes laying down the ground on the bike just due to overheating. 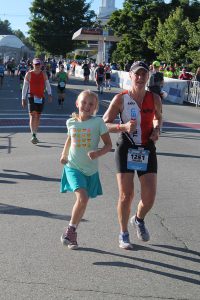 Many of our athletes were experiencing gastrointestinal distress due to the sheer amount of fluids they needed to take in in the body’s inability to handle them. Some key coach advice and amazing willpower enabled many of them to rally by the time they got to the finish. It was a tough day for sure, but it’s also hard to feel sorry for yourself when you look up and see how badly everyone else looks! 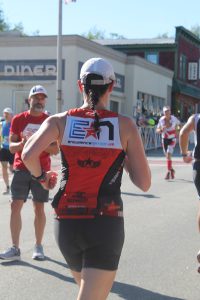 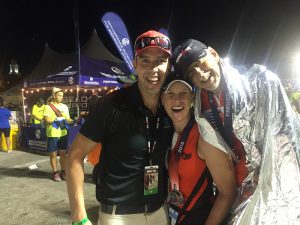 One of the best parts about a key races watching all of the Endurance Nation athletes gather behind the finish line to share stories and support one another. This Mojo then translated off to the after race meet up at the pub where we wait for our final finishers as the athletes fuel. It was great to see every Endurance Nation athlete on the course getting out and getting it done.

There is no such thing as an easy Ironman® and 2016 Lake Placid was no exception. But as one of our athletes screamed on the run at the top of his lungs: Endurance Nation is the only nation! There’s nothing like racing with your team and sharing the week, the day, and the aftermath with your friends.

Thanks to all who made the journey and followed us online. Endurance Nation will be back here once again in 2017 to train our camps and to race together as a Team. For anyone else who raced, good luck and if you’re looking for more advice and tips and not only how to race the race but to recover check us out online www.endurancenation.us where you can Become a Team Member — we will get you set up and ready to be your best!