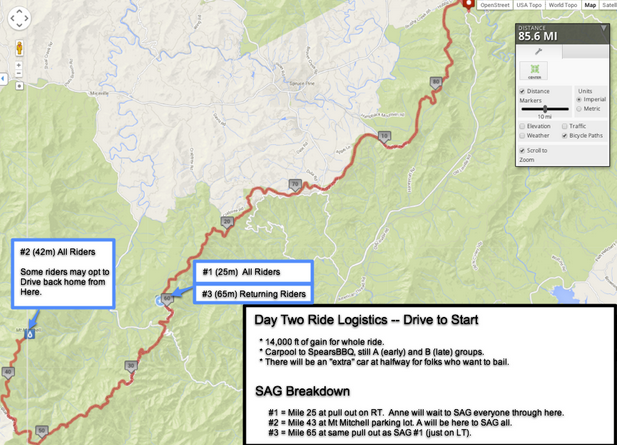 How Hilly Could 84 miles possibly be???

After yesterday’s epic off-Parkway ride, it was time to explore the awesomeness that is the Blue Ridge Parkway. Our goal was to have everyone climb to the top of Mount Mitchell — the highest peak in the Eastern United States at 6,684 feet. This is a climb that many campers were unable to complete during last year’s epic 107 mile ride…including me…simply due to exhaustion! This year would see us win! 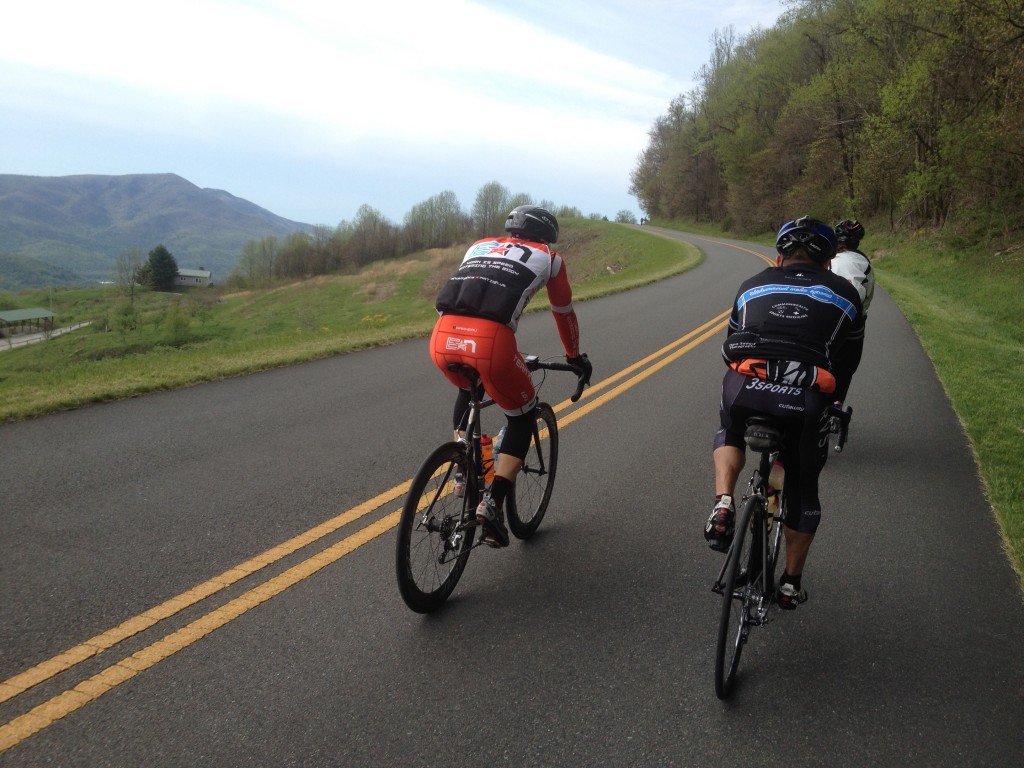 With one overly stocked SAG vehicle and high ambitions, we set out from Linville Falls. The goal was to ride the 42 miles to the top of Mt Mitchell, then folks could stop the ride where they wanted. It was clear we were in for a big day when we hit a solid climb almost right away on the Parkway. There would be no messing around!

While the 4.4 mile climb to the top of Mt Mitchell is pretty darn hard, the degree of difficulty goes up exponentially when it’s immediately preceded by an 8 mile climb at roughly 5%. EIGHT MILES. Everyone did a really good job sticking together and riding safely. The Parkway is super fun as you can really fly down the descents — every climb has a reward!!! — and the drivers are few and far between.

It was epic.  Two miles of serious gain, followed by a reprieve and lighter climbing up until the parking lot area at the top. All told it took a really, really long time to climb the four miles to the top. The view was worth it though; we had amazing skies and a great panoramic view. Unfortunately it was really cold up there, so we had to boogie down pretty quickly.

Things started off gloriously with a huge 10+ miles of descending that had most of us chattering and hanging on to our bikes!  The road soon pointed upwards, however, and the work was just as relentless as the ride out that morning. It was at mile 62, the final SAG point, that several campers called it quits. They rode 62 miles, just like yesterday, only this time they gained an additional 2,000 feet — more than the hellish climbs from Day One. This ride was legit. More than a few intrepid campers made the run at the full 84 miles. You could easily identify them in a line up as they all were covered in salt and using four-letter words!!!

Day Three has a 51- or 74-mile ride on tap, a modified version of the Blue Ridge Brutal course of local fame. More pictures are coming, so stay tuned please. In the meantime, feel free to learn more about the Blue Ridge Camp online here.

>> Click here to learn more about the Blue Ridge Camp and how you can reserve your spot!