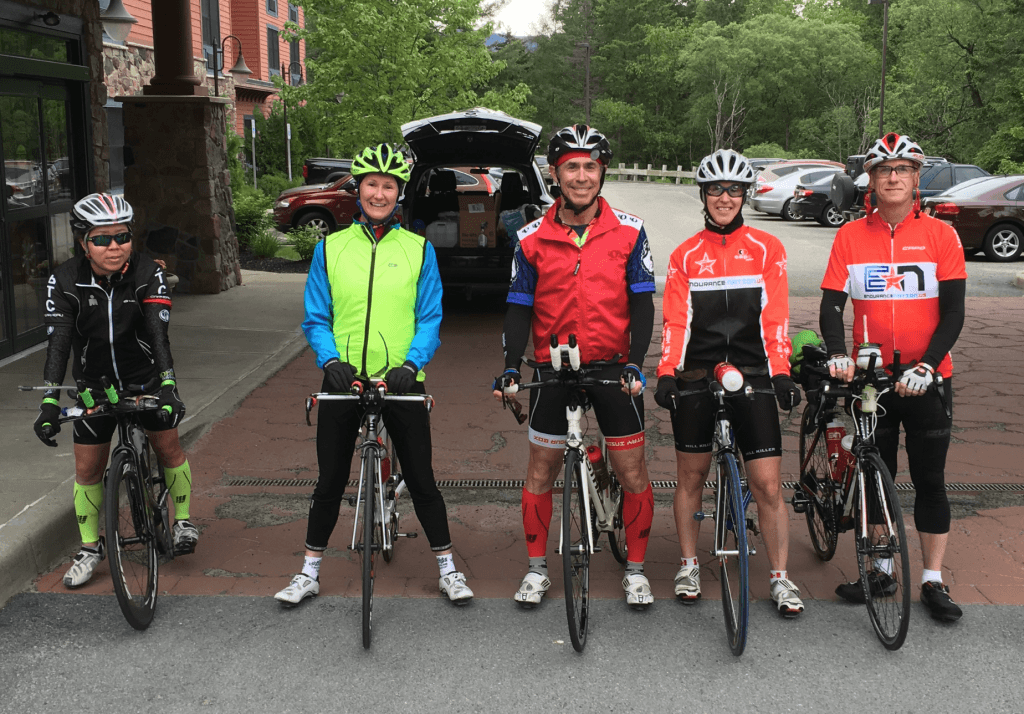 Day Two of the Lake Placid training camp brought with it more unpredictable weather. After the first day of riding and running, and the evening lecture, many of the campers were anxious to put their newfound skills to practice. Unfortunately the weather was doing its best to make things as difficult as possible. Here’s how we beat the conditions to have a fantastic day.

We started the day with an official open water swim. 7 AM bright and early on the mirror Lake Beach for one lap of the course. 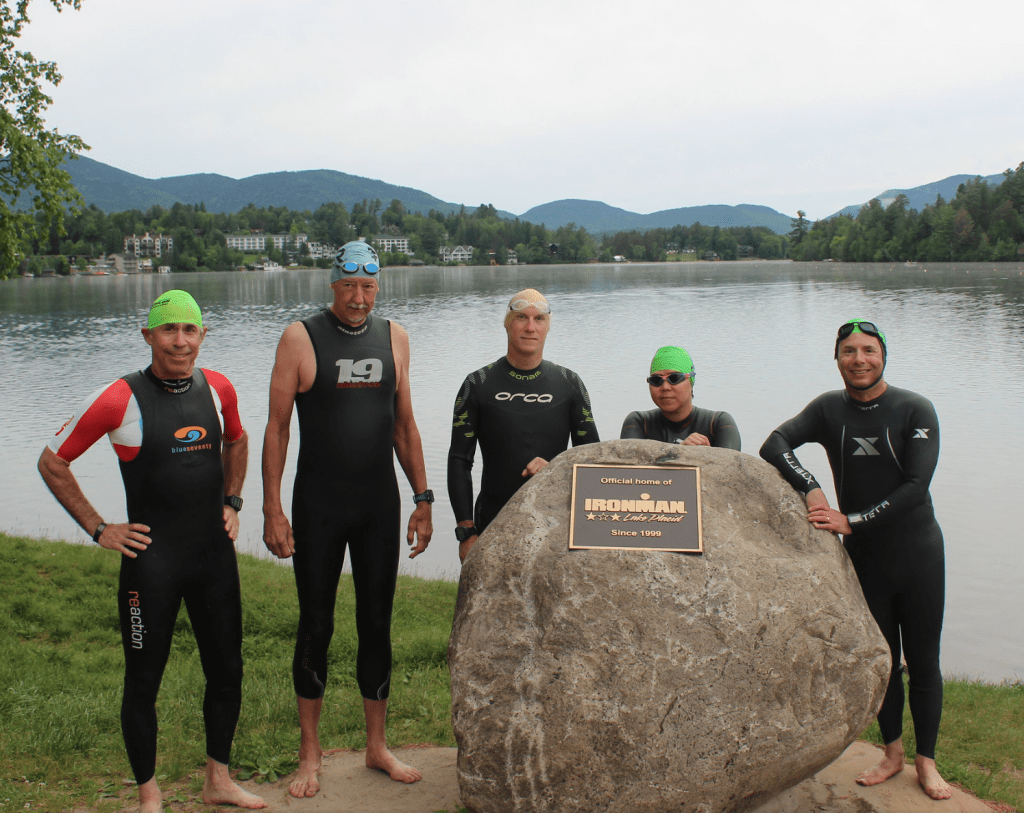 The Rock in Lake Placid

The Lake Placid thing is one of those epic swims in triathlon lore. The underwater cable is remembered fondly by many competitors and eagerly anticipated by first timers. Mirror Lake did not disappoint in terms of beauty, but it also brought very frigid temperatures!

Once this one was done it was off to get some coffee and warm-up as much as possible for the mornings ride. The official ride left at 9 AM, although some campers opted to leave early in order to get more writing in and hopefully beat the rain.

Even though what the weather had anticipated a nicer day, the Adirondacks brought intermittent showers and very faint sunshine. The one major upside on the day was significantly less wind on the course. This allowed athletes to really experience the areas of the course where free speed is available. The stretch goal for the day was two loops, but most campers completed a minimum of one or a modified set of two whoops. A handful also ran off the bike. 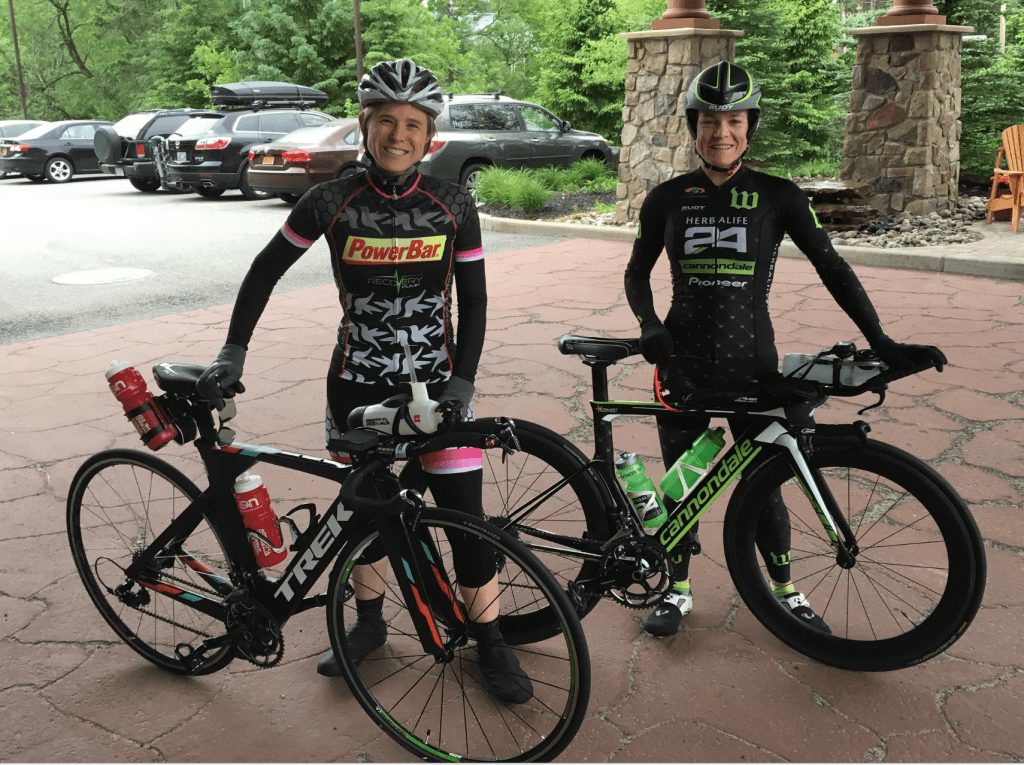 Once everyone was showered up and dressed it was off to meet at the Lake Placid brewpub at 5 PM for a coach walk-through of transition and an overview of the race. Lake Placid is a beautiful venue and learning where and how the race unfolds helps establish some sense of normalcy and reduces stress for the campers who are competing. Not every camper who attended this year is actually racing.

Many campers come to Endurance Nation events to train with their teammates and get feedback and support from the Coaches. These kind souls also participated in the course walk-through perhaps some in the outside chance that they might sign up in the future?! (We promise we won’t tell your spouses!) 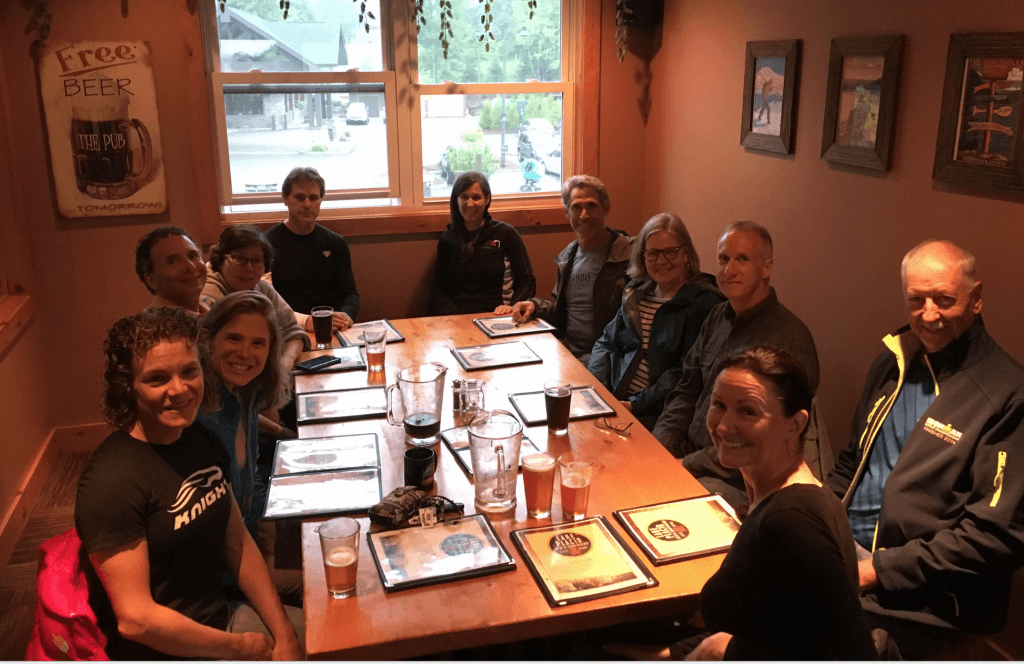 Then it was off to the brewpub itself for some libations and food as part of the final camp dinner. It’s deftly one of my favorite events: watching campers and teammates become closer friends. Then it was off to bed to rest up for Day Three’s long run!