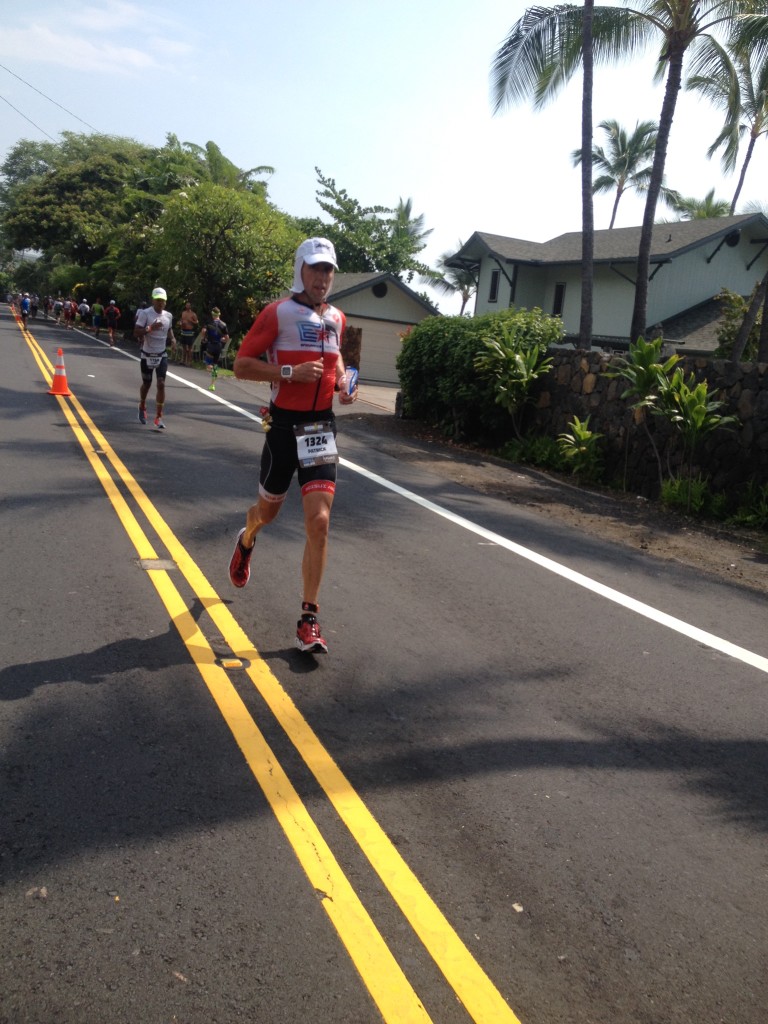 There are many reasons why building a solid foundation for your run fitness is the best thing you can do in the winter. In this article I’m going to cover most of them, however, my biggest goal is to make sure that you exit understanding the importance of consistent running.

It all started with a broken collarbone… Learned after a ridiculously dumb bike crash. After surgery to put a plate in, and three months off, the plate got infected and I had to have surgery again. After another three months off I faced the daunting task of getting back in shape.

Since I still couldn’t swim, and it was the middle of the winter so biking outside wasn’t an option, I set a new goal of running 40 miles on my 40th birthday.Over the course of 10 weeks, I built my run fitness from practically zero up to about four hours of running a week. I did it all at an aerobic effort. My runs during the week were short; all the weekends I tried to do back to back longer runs in the 90 minutes to two hour range.

My longest run ended up being about 20 miles. My biggest weekend was a combined 32 miles. By the time the one came, I  had no problem completing the 40 miles just under eight minutes per mile pace. The biggest surprise to me was the effect that this 2 1/2  months would have on the remainder of my year as well as the following year.

Our goal here is to get you the same fitness while avoiding the same issues I had with my  season!

Before we dive into the specifics of a training plan, let’s take a moment to rewind back to your most recent race performance.

Taking a look at how you ran, and looking more importantly the speed at which you ran, is a great place to frame the training you want to do for this season. Your performance on race day, regardless of the distance, is essentially a testament to the fitness that you built last year. In other words, the work you did last year gave you that race day “speed.”

Unfortunately, most athletes will set goals arbitrarily. Having run a four hour marathon, for example, they will say that they want to run a 3 1/2 hour marathon. What they are failing to comprehend during that exercise in mental math is (A) the amount of work that got them to the four hour finish in the first place, as well as (B) the type of work required to improve.

Almost everyone assumes that faster running – and more of its – is a prerequisite for getting faster. While this is partly true, it’s important to keep in mind that the when of the faster running is just as important as the why. Rather than starting off your early­ season training for next year by running at the paces at which you finished this year, it’s better that you begin by laying the foundation for future performance with workouts that build your run across the season.

You can also take a look at any challenges you had in the last 12 months of running, both in training and on race day. I find that many athletes struggle with injury and breakdown as the training miles pile up. If this situation sounds familiar to you given your training history, then your top priority should be building a very sensible run program. 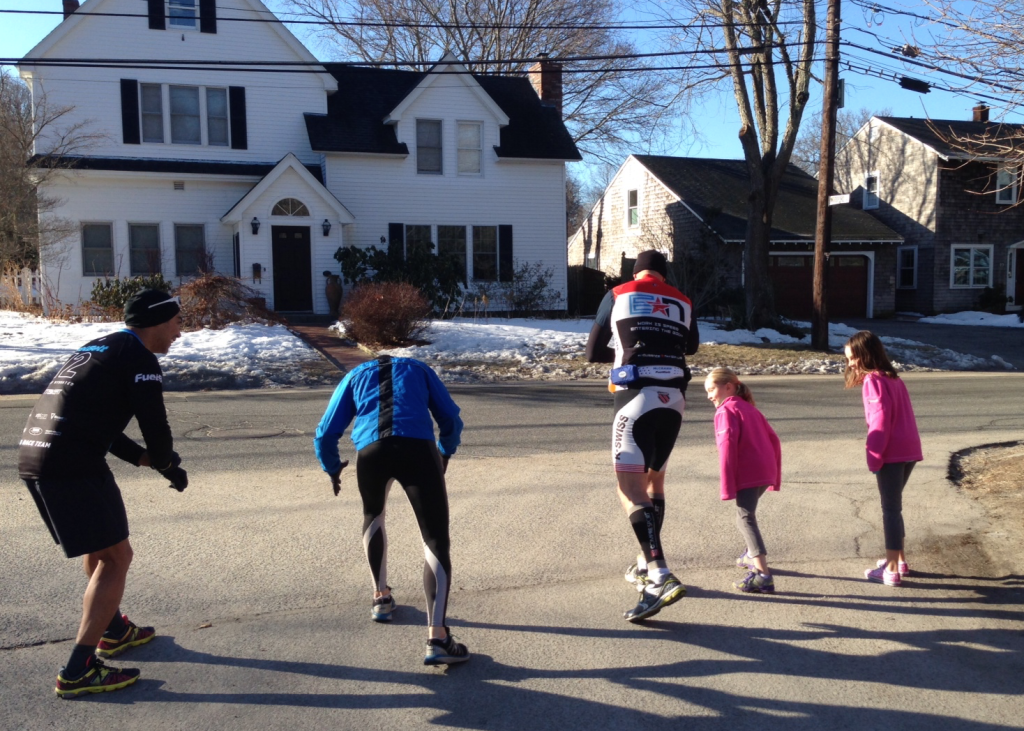 The Solution is Durability

This is essentially a problem with durability – the ability to handle a constant, or increasing, run training load as you build into your race. It’s important to remember that when you are peaking for your next race you will be balancing swim, bike, and run. If you find yourself, or have found herself struggling with any of these issues in the past, checking out run durability is it important first step the building a solid year.

The biggest challenge about building a solid run foundation is that it is not sexy. There’s really no speed work. There is not a lot of long runs it does not mean that you get to sign up and train for a fall marathon, or a winter marathon. The easiest way to put it in perspective is to think about run durability just like you would a callous on your foot (pun totally intended!). A callous is built up over weeks and months of consistent friction.

That work – day in and day out – has taken part of your body that is normally very soft and made it very strong and hard. So too do we want to develop your run fitness to the point that lacing up your shoes and heading outside for a 5 mile run is just something you do it’s not even something you have to think about.

Starting the run durability program is quite possibly the easiest part of the equation. It’s a natural way to restart your season after a well deserved break. You should map out your initial training weeks simply by looking at frequency versus time or distance. For example, you are better off scheduling six 30 minute runs across your week instead of scheduling three one hour runs. Remember – frequency is the most important part of the durability equation.

As your run durability weeks proceed, you can add incrementally more time to each run until you hit approximately 45 minutes across all your runs. At that point you can then add a seventh or eighth run but those run start back at your initial first week distance or time.

A typical run durability block should last anywhere between 8 to 12 weeks. During this time as you are increasing your runs from week to week, you are free to swim as much as you want. If you can do it, and the schedule allows, just hop in the pool and swim – nothing hard just swimming. This is a nice way to actively recover from all of your running.

The bike however is a different story. You will be tempted to put in some hard work on the bike simply because biking is so much fun! But remember, our goal is to build an awesome next year, not an awesome right now. When you are significantly increasing your run volume, it’s important to create some bandwidth on the bike. Keeping your bike to one, maybe two, very aerobic sessions will give you the space you need to continue improving the run. There’s plenty of time to build your bike fitness, and to build on top of this run fitness that you’re creating, later in your season.

Another great option to make your run durability program have a higher likelihood of success is to establish some program goals or targets. The easiest one to do is to pick either a total number of runs that you achieve – think 100 runs in 100 days. Another option is to target a big final week with a large number of running – think 50 miles in your final week. Or perhaps you pick an event or something similar, as a new milestone – running around your entire city. Or running the distance across your entire states (virtually, of course!).

Whatever your target is, use this as the carrots and/or stick to keep you on track. We limit this phase to between 8 to 12 weeks so you have time not only to do it and do it well, but also it’s not something you’re stuck doing for a long period of time and you will soon be back into full training mode when you exit.

The investment you’re making in your run right now is not necessarily an easy one to swallow. By the time you get to the rest of your year; however, you’ll appreciate the value of the work you’ve done. And depending on how well you do, this investment in your run may very well last for two seasons.