The INSCYD Scoop: How We Run RocketBike Camp 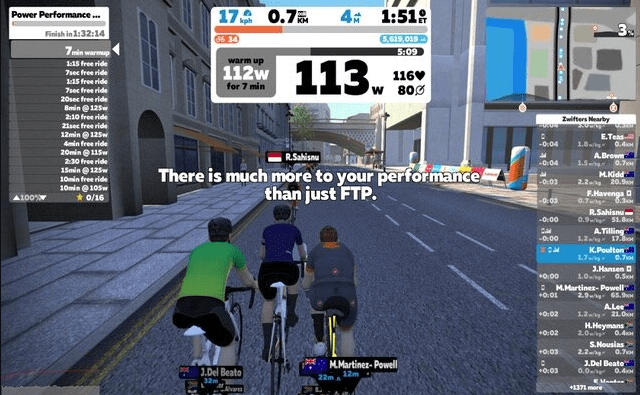 Note: This is part of our installment series on how we utilize the INSCYD Power Performance Decoder to help athletes reach new levels of peak performance.

Knowledge is nothing without action!

By the end of RocketBike Camp, participants will know each of the four key aspects of their fitness. In addition they receive recommendations of training for the next 12-week block. The smarter the athlete becomes, the faster they will improve. RocketBike Camp solves both problems simultaneously with great results.

“I really liked looking at data other than FTP and Vo2 and gaining an understanding about how this data can be used to improve my bike. The camp has given me a plan to work with that I never would have developed on my own, and I am looking forward to seeing the results over the next few months.” ~ Brian Hagan 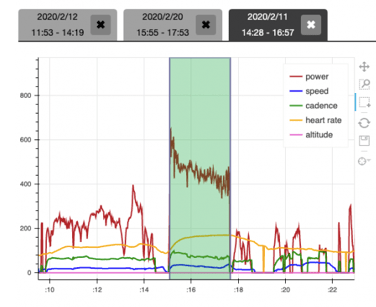 In order for the test to capture your power curve accurately, there are four distinct power segments.

The first one is a 25 seconds long. This test captures your maximum power output, internally termed your maximum glycolytic power.

The second interval is a three minutes long. This an all of the subsequent intervals are paced with a positive split strategy. For this one, it’s a one minute effort followed by to continued minutes of “holding on.” This interval captures the high end of your VO2 power.

The third interval is six minutes long. Starting off for three quality minutes, you hang on for the reminder. Listenable captures the lower end of your video to Power and starts to round out the power curve.

The fourth interval is ten minutes long. I instruct athletes to put in a five minute effort and then spend the remainder of their time sustaining the tower. This interval captures data relevant to your functional threshold power.

At the end of this test, the athlete likely wants to curl into a ball for several days. But the coach, the coach is about to gain a great deal of information on how the athlete performs across their power profile!

This is where the software comes in. The Power performance decoder allows coaches to zoom in on each individual effort. Following the guidelines in the software, coaches can select the appropriate power and is able to capture them for the athlete. With all of the intervals sufficiently highlighted, the coaches then able to run the test.

Well some athletes are understandably skeptical about new test protocols, this distributed power curve test is an actually eerily accurate.

In my case, I’ve been training with an estimated threshold power of 365 watts. Entering the test, I tried to use that number as a guide to complete all portions of the intervals. When all the work for said and done, the data showed that my threshold power was actually 347 watts.

Admittedly, my ego took a hit. But at the same time, intellectually I understood the number was correct. I was able to correlate that with the workouts that I had been completing over the last several weeks.

Workouts where I had intended to go harder, closer to my estimated threshold, but I failed. And by “failing,” I was actually very close to the number determined by INSCYD.

In addition, I also got my video to number as well as the percentage of my VO to that my threshold whites all right. That information cemented my total fitness picture, as VO2 is a representation of all the work you’ve done (life long endurance athletes will have a significantly higher VO2 relative to their less active peers).

It also show me the gap between my threshold power and my peak capacity as a percentage. This effectively show me right away where I could prioritize my time. If I need to raise my threshold to get closer to my [email protected], threshold work is the name of the game. If my threshold is already within 10 or 15% of my VO2, then it’s time to attack that VO2 number and bring it up.

But focusing on these numbers alone will be a big mistake. Test data gives us actually a great deal more information on exactly how the athlete generates their power. This information allows us to diet even more deeply into how these athletes function and where opportunities exist for improvement.

Read on to Part Two on VLaMax to learn more about how INSCYD powers RocketBike Camp!