Meet some of the team members competing in Ironman® Florida 2014! 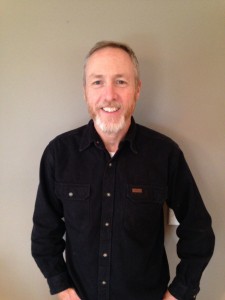 Born and raised in Chicagoland area. Have most awesome supportive wife ever… she’ll probably wear out the cowbell on race day! Married 23 years with 6 children, oldest daughter just made us grandparents this year. Lot of athletics as kid, but no endurance sports until started running to get in shape for USMC. Did first triathlon in 1988, and loved it, doing lot of Olympic distance stuff for 4-5 yrs, then a lot of “on and off” for a number of years, with too much “off” time and a gradually increasing waistline. Started exercising again about 3 years ago with no intention of doing tri’s, but found myself on the starting line of IMFL last year… my first full, and the fulfillment of a dream since doing first tri in 1988! Did a 12:45, but with a MUCH longer than anticipated marathon due to bad gut cramps. So this year the goal is to do much better on the nutrition end, and with good execution I’m shooting for a sub 12. Really have loved the whole EN experience, and looking forward to meeting some teammates… last year we were at the wrong Bonefish Grill for the team dinner! 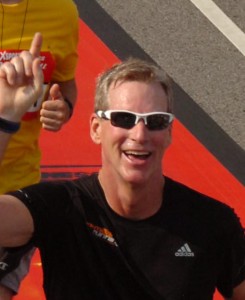 Hi all, this will be my 8th IM race but the first in a couple of years. I did back to back years with multiple IM’s and 70.3’s but have pretty much taken the last two years off and this is my first race back. I am from Abilene, Tx where we have a lot of wind and heat so Florida should be a nice break from that. I am married and have 5 daughters and 4 granddaughters. My terrific wife, Susan, will be on the sidelines cheering for me but the rest of the crew will be doing it from home this time.

I have several goals for this race. Like everyone goal number one is to finish, not get hurt, and enjoy myself along the way as a reward for all the hard work leading up to the day. Secondly, I have never had a very good swim at any of these events and contrary to EN training I have been putting in a fair amount of time in the pool and would like to PR my swim. Other than that we will see what the day brings. 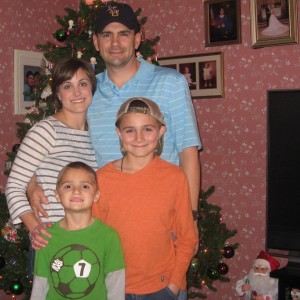 I’m from Zachary, LA (near Baton Rouge). I’ve been doing triathlon since 2009 and this is my second full iron man. I’ve done 9 half ironmans and a few ultras as well. I’ve got two very active sons and my motivation for doing tri’s is to stay in good shape and be a positive motivation for them. I went down on my bike a few weeks ago and have been fighting a bruised rib. It’s pushed my race day goals back but I’m still hoping for a 12 hour day. Honestly, at this point I want to do my best and make my family proud. That is my one thing! 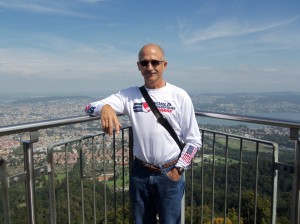 I am Paul Hough from Tampa, Florida. I’ve been with EN for over 5 years and I’ve completed 7 Ironman races. IMFL will be number 8 and the 2nd on that course. I’m married with 3 adult sons and a 16 year old daughter. My youngest son will be doing IMFL as his first. My goals are very modest because I am recovering from a torn popliteus muscle as an outcome of Powerman Zofingen last month. I expect to swim and bike to my ability and the run will be an unknown…possibly a long walk. So, if my run leg is bad, it isn’t going to be because I overcooked the bike. Such is life. 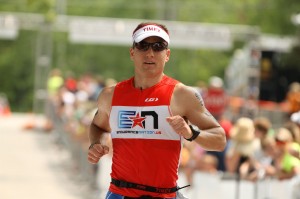 This is my 3rd full season in triathlon, 2nd season with EN, 5th IM – 2nd this season (IMWI), and 2nd time racing IMFL. I love the ironman vibe, and look forward to getting out on course and reacquainting with IMFL.

This is a redemption race. My first triathlon EVER was IMFL 2000, and it ended ugly. I was woefully under trained, and completely ignorant to the training and experience requirements the ironman distance requires. My science project this year is to see what a wiser, more mature 40 yr old Ian can do vs. the youthful, stubborn 26 yr old Ian.

Race day goals include building on my experience at the distance, and racing a smart, tough race. I hope to execute well, and finish with a smile. 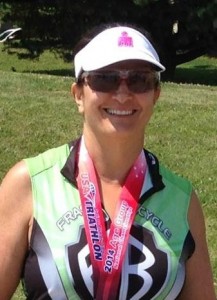 I started running the fall of 2002. I joined Team in Training with the Leukemia Society and signed up for the half marathon. After a week of training I decided to change to the full marathon, why not shoot for the moon! I completed my first Marathon March of 2003 in London, England. It was an amazing experience that I wanted to continue. I returned home and one month later my 2nd marathon was completed. I continued running 3 marathons a year accumulating 17 marathons and I still love to run.

My husband loved to ride his road bike and wanted company. So I dusted off my 25 year old Schwinn mountain bike and off I went. We spent the summers riding and I completed two century rides on my trusty Schwinn. Impractical right! One year I decided to purchase a road bike and WOW what a difference. I continued to run marathons and ride my bike. The following three years I completed “Make A Wish for Michigan Children” the adventure was 300 miles in three days! Perfect way to support children with life threatening illnesses.

I would run at the park every weekend and met an amazing person, Martha! She was an incredible runner and told her story of racing the Ironman. She wrote a book “Searching For A Man of Iron.” She was my inspiration to race in an Ironman someday.

My first triathlon was a sprint. I then joined the local triathlon team, Team Fraser. They were training for Ironman Florida 2012 and I decided to join them. I spent the next year and a half learning to swim and preparing for the race. It was an incredible journey and I look forward to racing Ironman Florida 2014 with my Endurance Nation teammates.

I live in Miami, originally from Argentina. I have been doing triathlons for 10 seasons now, have done many sprints and olympics, 5 half iron and 1 full iron so far, Looking forward to Ironman #2 in Panama City! 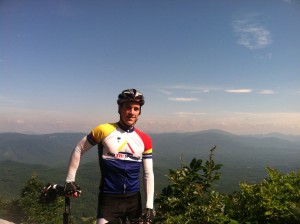 I currently live in Bluffton, SC, but will be moving back to my hometown of Cincinnati, OH. I played baseball growing up and into college briefly, before retiring to out of shape college life. Post college I got up to 210 pounds before deciding to get back in shape. I starting running again and ran my first 1/2 marathon in 2005. At still 200+ that didn’t feel so good on the body, so I started cross training with swimming and biking. That led to my discovery of triathlon, and dropping 50 pounds. Been hooked ever since. I’ve now been racing for 7 years, including over 75 races, including 18 Half Ironmans and 2 Ironmans.

I’m looking forward to Ironman Florida, with a real plan for the first time. My goals are simple, execute the plan and see what happens. I’ve gotten in trouble in the past because I’ve focused on time goals. That said, I would like to at least break my PR of 9:56 (Beach 2 Battleship which included a current aided 42 min swim). I have a knee issue that has crept up which will limit my run training for the last 3 weeks, but feel like I have a good base. Usually a top 5-10% swimmer which hopefully will get me through T1 before the crowds. From there settle in for 30 min or so at 65-70%, then ignore the 90% and ride steady (not usually good at that, this will be a first). Hoping to start the run feeling good, then be patient, feel out the knee, and head for mile 18! 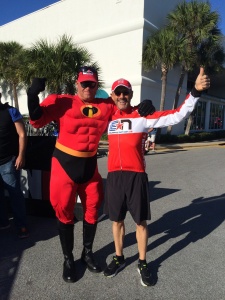 IMFL will be my second full distance after IMLC earlier this year. EN team member since 2010, the year I did my first SPRINT. Moved to Oly in 2011 and did my first HIM in 2012.
Father of 4, Brazilian citizen (born in Colombia). Currently live and train in São Paulo, Brazil.