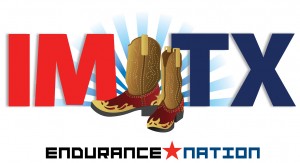 Texas 2012 turned out to be a solid day, despite multiple race week events. From moving finishlines (WTC) to daily temperature updates for the lake (wetsuit legal?) to the almost nonexistent winds (they came back), there was lots to talk about. At the end of the day, Endurance Nation put three athletes on their age group podiums and claimed another Kona slot.

If you are looking for more about the event, please check out my race report here or my interview with Coach Rich here. There’s also a podcast with Jeff Kopp (10:40) and with Pat Ward (One Hour Personal Best!).

Here’s how it all went down.

For those of you who don’t know, in addition to the heat and humidity that pervade the Houston area, there are also some serious Springtime winds. Straight off the Gulf, these winds are typically 10 to 20 mph from the South, and build throughout the day. Of course, they fade the closer you get to Summer, and the end of May is transition time. As a result, the winds were quiet all week, leaving many to wonder what the day would bring with no resistance!

Add to the energy the fact that athletes can only swim in the lake on Friday morning, from 8 until 10. This is not a public swimming area, so many folks had to find their way down to the swim just to check it out. WTC had split the race into non-wetsuits starting at 7am, and wetsuits starting at 7:10am. They announced at the banquet that the temperature cut off for NO wetsuits PERIOD was 83.9, and by race morning the temp had only hit about 82. Still crazy warm, but enough to let the wetsuit people have some fun.

Finally, the many businesses of The Woodlands affected by race day in 2011 exerted some pressure on WTC to move the finish line. This meant the bike and run courses changed just three days before the race and the finish line was relocated to a bridge! Kudos to Ironman® for handling the event well and making sure it was still a success. As of this writing, Ironman® still hasn’t opened registration for IMTexas; it will be interesting to see who will win this battle of wills!

My race week highlight is always the Team Dinner; this wasn’t as well attended as in the past, and I am thinking that maybe instead of a dinner the same night as the banquet that we schedule a big breakfast the day before which we all need anyway. Stay tuned!

The Four Keys talk was also pretty quiet. I did it right after Swim Practice, but given that folks had to check in their bikes more than a mile away — and most had to walk — I think few were willing to stop and get their heads screwed on straight. We’ll see what we can do for 2013!

Athletes awoke to a picture perfect day. The humidity was through the roof, which meant our bikes and transition bags were totally soaked. Transition closes at 6:15 to make sure athletes make the walk to the swim area, and most things seemed to be working smoothly.

The PRO athletes started at 6:50, and by then most of the non-wetsuit AG swimmers were in the water hanging on kayaks. It was calm and perfect for the swim. Wetsuit swimmers only came into the water once the non-wetsuit folks were off, and it worked well. Remember, last year the race started and quite a few folks had yet to cross the timing mats!

The swim was uneventful. I found it much quieter inside the buoy line, but was disappointed to see that many swimmers were cutting the turn buoys (kayaks were on the outside for some reason. The return trip was fine, but the canal section proved pretty tough. It’s much longer than you anticipate, and the vertical walls mean that things get really choppy really quickly. Almost everyone I know swam 2 to 5 minutes slower on the day.

As I noted earlier, the winds did return today, which made for a pretty nice tailwind and a speedy first 40 miles. This meant the race didn’t really break up for a while, and many folks went just a little too hard for too long (more on that later).

The biggest thing I noticed was that the aid station volunteers weren’t so great at handing out bottles. Stiff arms were everywhere, and as a result there was a lot of swearing and bottles flying. I even saw one poor athlete who had crashed on a bottle at mile 20 and was clearly done for the day.

Coming though towards Richards, it was clear that the wind was blowing a nice 12 to 15 mph out of the south, but first we had to deal with the chip seal roads of Grimes County. The road also gets pretty rolling here. The combination of chip seal plus rolling hills plus no more tailwind meant that things really began to shake out. And if you hadn’t had enough to drink by this point in your day, and the temps on my Joule edged over 100-degrees off the road, you were probably done!

The return is divided into 20 miles of head winds (ouch!) and 30 miles of slight downhill with some form of wind. This first 20 are pretty brutal, and if you don’t have a sustainable, effective aero position you are really in trouble here. As for the final 30 miles into town, they are net downhill and still fast. Even with the last-minute course detours, these were still quick miles. It was great to have folks come out to cheer here.

By the time the run had started, things were legitimately hot. The temps were in the low 90s and there were few clouds in the sky. The course is laid out such that half is in the sun and half has varying degrees of shade. Also, roughly 5 miles of the 8+ mile loop is quiet, with the other 3 miles being very close to the downtown area and full of spectators. It was balanced just well enough that you could suffer solo and then be recharged in town.

The heat stays up until 6pm, so there’s almost no respite until the sun actually starts setting. A few random clouds meant that racers had a break, but regardless, it was really hot.

It’s a fast run course in general, but the heat and wind clearly took their tool. By 6pm on the day, the majority of athletes were walking in some way shape or form. The fans and spectators were doing their best, but still, it’s crazy hard to compete when you have spent half of your day in temps higher than 88 degrees.

By the end of the day, the finish line was jammed with families and locals enjoying the vibe. There were quite a few restaurants there, making the area feel very Ironman® Louisville-like. I personally enjoyed a pizza and soda only 20 feet from the finish area…pretty cool.

A flat yet challenging race, Texas is a great early season target for the experienced racer. Hopefully WTC and The Woodlands will get their act together in order to continue this great event!