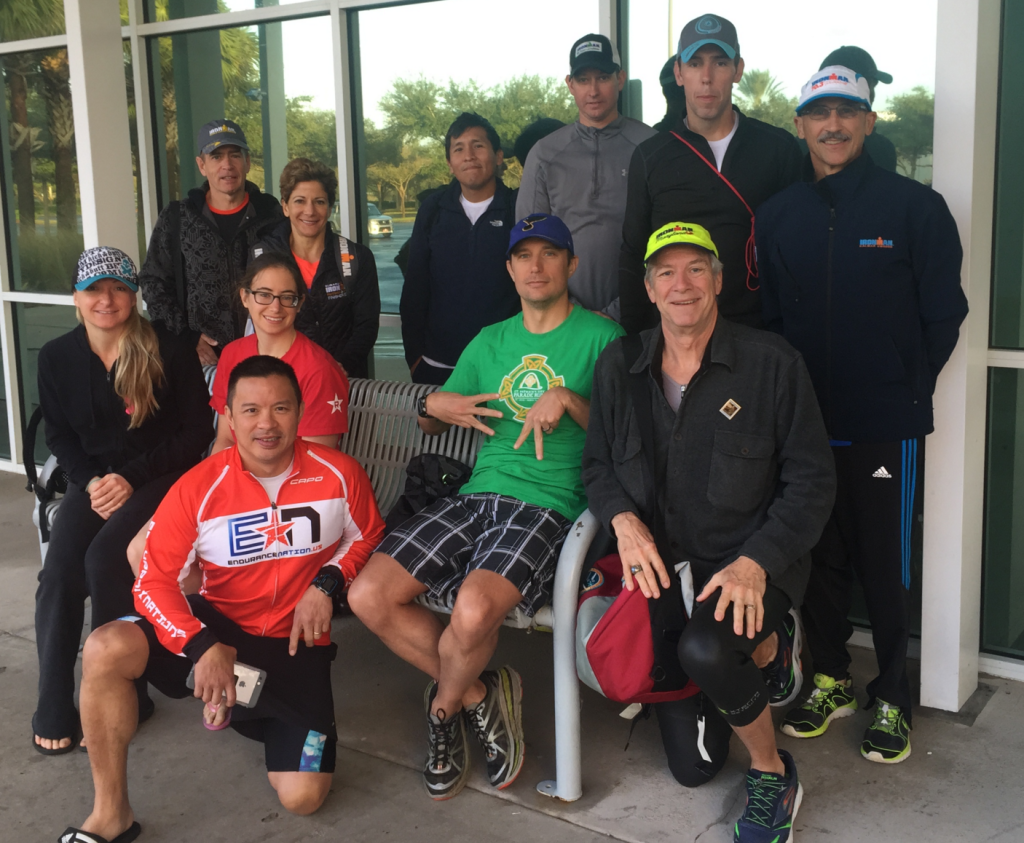 Plan for the day was a swim followed by a bike ride. Due to inclement weather on Friday (Day One), we moved the long the long ride back to today. So what was meant to be a lighter day was going to be one of the stronger ones…and we all knew it.

We kicked off the morning with a trip to the National Training Center for another great outdoor swim session. Given the need to also ride long, we decided to keep the swim to just an hour. The pool is still set for 50 meters long course which made for some fantastic video time and an opportunity to focus on the mechanics of our swim stroke. Plus it’s a lot easier to count how far you’ve gone in a 50-meter pool. 🙂 I personally got in 2800 LCM.

Personally, I needed the time in the swim just to loosen up after yesterday’s epic ride. While I’m certainly lacking the fitness to swim well for long periods of time, it’s always good to work on your technique when you’re not 100%.

With the swim behind us, we had just enough time to head over to Starbucks for some caffeine before heading out for the long ride. First thing that I noticed stepping out of the car was just how much the wind was blowing. A quick check on the phone to the local weather showed that winds were steady at 25 miles per hour, with gusts up to 35 miles per hour. Clearly not a day for the faint of heart…or the aero of wheel!

We started together with solid ambitions, but it was pretty clear by the time we hit the first SAG point at the 20-mile mark that not everyone was going to make the full ride. We decided to break up into smaller groups based on ability and fitness levels to get in the appropriate type of riding. My group opted to go for just about 73 miles, but the vast majority of it turned out to be into some flavor of headwind. Truly character building — especially coming after yesterday’s 120 mile. It also didn’t help that it was overcast and cold today, approximately 15° cooler than yesterday. 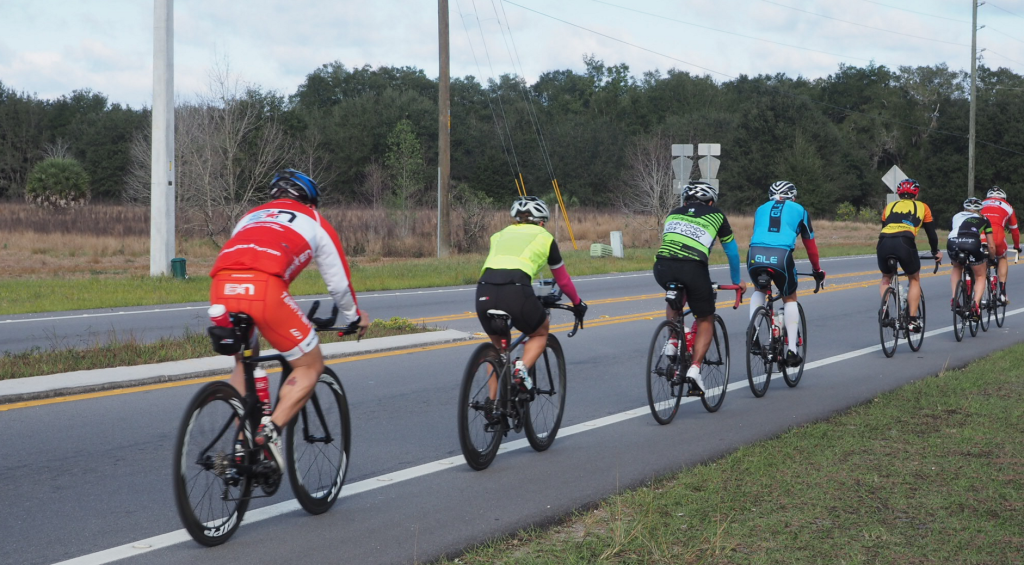 The upside of the Day Three ride is it everybody knows everyone else by now. Not only with the personalities, how they handle different terrain and conditions. The result is a much smoother riding experience, and it’s also just more fun. The only thing that was clearly not fun was how my body felt: I am still convinced that someone replaced my bicycle seat with a rock!

There were no complaints when we opted to shorten the ride down to 73 miles from the original plan what of 100 miles. The wind was just too strong — we couldn’t relax much and it was taking a ton of time and energy to keeps us on track.

The folks who came back earlier able to get in another run making for their second day of swim, bike and run — total monsters! Now it’s time to pack up the bikes and recover with one last great meal before preparing for the fourth and final long run of the day on the renown clay trails of Clermont.