All week the temperatures we predicted to be very low, in the low 80s…but race day turned out to be just hot enough. There is no such thing as an easy Ironman, and Texas 2014 was no exception to that rule.  Increased winds and the ever-present heat made for a challenging race across the board!

Our annual Four Keys Race Execution presentation was held at the South Lake Regional Library this year. This humble venue was perfect for a hands-on session regarding race pacing, performance and setting expectations. I did two back to back sessions to accommodate the smaller room and to make sure that everyone who wanted to attend actually could. 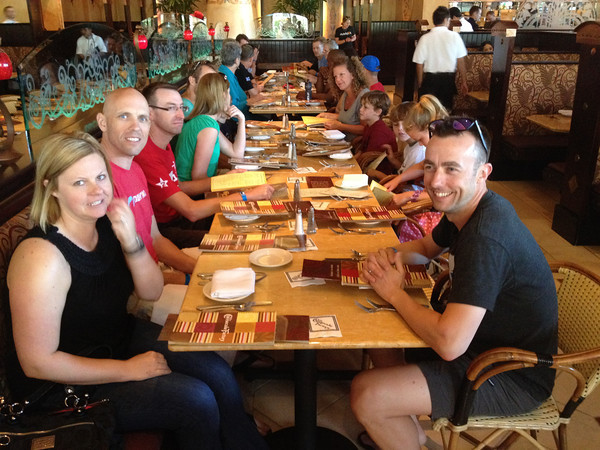 For the first time ever, the water at Texas was wetsuit legal. This made the day start faster, with Brandon Marsh posting the fastest swim of 46:xx. This made a lot of the athletes really happy, even if many hadn’t practiced much in their wetsuits.

The start line filled up with athletes, but with only 15 minutes between the PRO and Age Group starts, there were a few hundred athletes still in the parking lot when the gun went off! 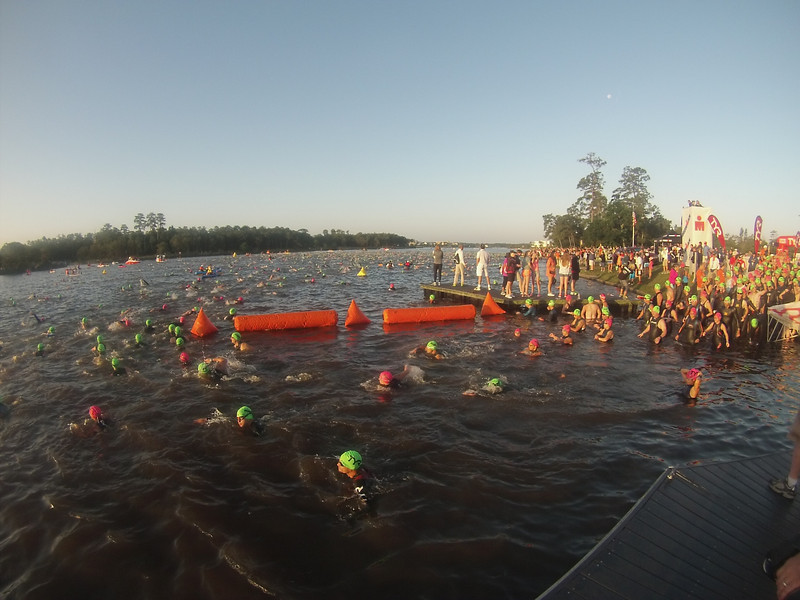 By all accounts, the swim was totally normal. And by that I mean the women were pummeled. Guys ran each other over. And people swam all over. The best tip I heard all day was from one of our athletes who ended up swimming on the outside line — aiming for the corner buoys — both on the way out and the way back. It was a straight line and pretty quiet for most of the swim.

The canal was still crazy, but with one mass start this year it meant that at least everyone around you was actually swimming your speed. 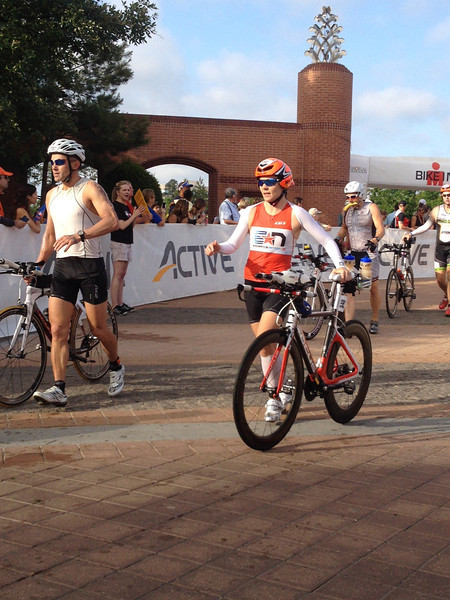 The Bike – Slower than You Wanted! [View video here]

But there was a price to pay for the cooler water — windier weather. It started right around 9am — I was running around the lake and the water was so choppy it was practically unrecognizable. Downright inhospitable, one might say…and I wasn’t on a bike.

The first 40 miles, traditionally tail-wind aided and pretty fast, had more of a cross-tail from the Southwest. This meant that folks actually had to ride, making them more fatigued for the traditionally challenging rollers out on Taliaferro Rd and beyond Richards. As a result, most age group bikes were at least 20 minutes slower than anticipated.

One upside of the wind was that it kept most folks from thinking about the terrible chip seal road surface. I guess when things are really, really hard you will seek a silver lining.

Our athletes reported that other racers were not only drag racing in the first 40 miles, but that many of these folks had blown up by the time they hit mile forty. With 72 miles left to go, these folks were doomed. Sounds like they didn’t attend our free Four Keys of Race Execution talk!

On a side note, four of our athletes were involved in crashes. This has to be a race worst, especially considering that the Texas bike course has almost no technical elements to it whatsoever. One was user error drifting off the road; another was our athlete hitting someone who had drifted off, tried to come back, and slid out on the pavement.

The worst one however, was a comedy of errors. An athlete had a flat at Mile Two of the bike and was changing it in the actual road. Two bikers were leading a group and talking to one another instead of looking up the road. They didn’t see Mr. Flat until it was too late, and they barely touched their brakes before hitting him. Our athlete was behind Mr Chatty and Mr Kathy, and he also flipped over the bars. His rear derailleur was bent only allowing for three gears and he could only clip in one foot. But he got it done!!!

Please be safe out there people! 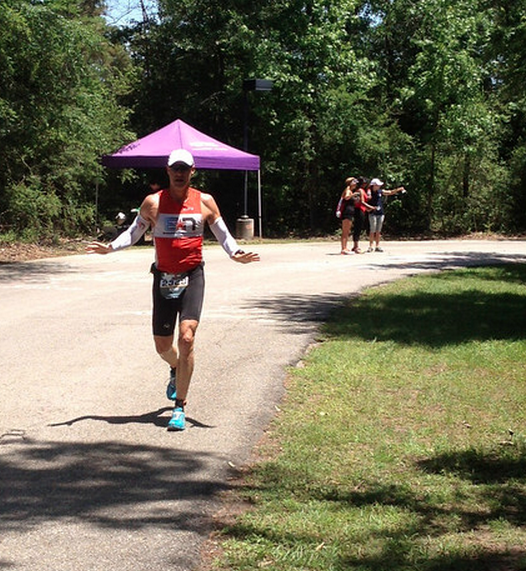 Despite the cooler conditions on the bike due to the wind, it was pretty clear that most participants were really feeling the heat once they got off the bike. There’s no easy way to walk the line between running performance and running yourself into a hole which you can’t climb out of.

The key is to keep your core body temperature down in the early miles. The sheer number of folks I saw running in 100% black outfits really shocked me. Are these folks not aware of the properties of the color black!?!? But there were equal number of folks who had hats for ice, cooling sleeves and the mandatory FuelBelt.

When the wind did pick up, runners were cooled off for a brief while. The three loop course meant that no matter where you were, you only had a 25% chance of enjoying a tailwind. While we didn’t have anyone even split the marathon (first half same time as second half) we had a few pretty close calls which is awesome considering how tough racing well in Texas can be. 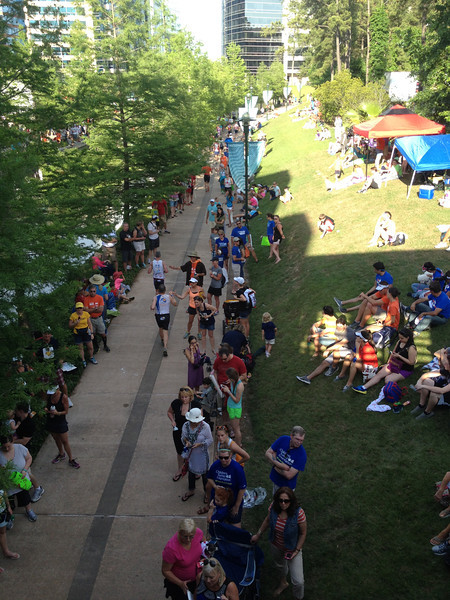 Downtown was crazy as always. The esplanade was full of families and triathlon teams, making the vibe super positive and motivational. I think the downtown area really makes the race for the families as well as for the competitors who are finishing in the evening hours.

As of 9pm we rallied a few finishers to The Goose’s Acre for some food and beer. It was great to hear the recap stories and compare the different realities of race day. We had multiple two-hour and one-hour personal bests…a great performance all around.

Congrats to all the finishers, especially from the Team!  You can view complete Team Endurance Nation results from IM Texas online here.

Here are some quick videos via Vine: https://vine.co/endurancenation

We’ll be posting more information and interviews about Texas 2014…so stay tuned to the Endurance Nation Blog (www.endurancenation.us/blog) and Podcast channel (http://enation.libsyn.com). If you’d like to learn more about Endurance Nation, our race-specific training camps and Team Coaching approach, please visit us online here: www.endurancenation.us