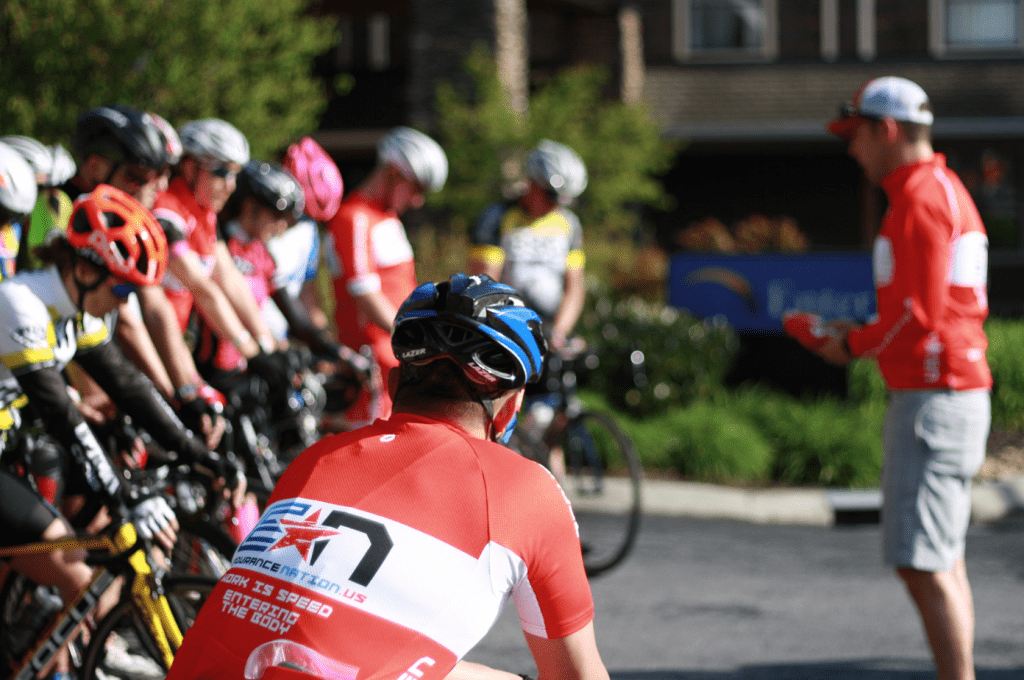 The 2016 Blue Ridge Camp is on! Our fifth year in the Blue Ridge mountains promises to be epic — from custom jerseys to Snake Mountain and more than 15 returning campers…this was the real deal!

We set off with one of our better first rides — 81 miles for the A group and 71 miles for the B group. Most folks earned over 7,000 feet of climbing today when it was all said and done!

We started with a nice warm up on the backside of the infamous Tater Hill followed by direct trip up Snake Mountain. For the uninitiated out there, no it’s not infested with actual reptiles. It is a windy hill that has enough turns and gain to make you hate cycling for a few minutes.

Until you reach the top…and you are friggin pumped about what you just accomplished.

We did this climb early so everyone could feel confident and enjoy the rest of their day. And they most certainly did.

We ended up with some fantastic weather, despite the early forecast. Everyone was smiling as they did we continued on the picturesque roads, taking in several more climbs. Not only was it beautiful; many of the roads were newly paved as well! The pictures and the videos simply do not do justice.

Traveling through Mast Gap we were able to stop at the Mast Gap General Store. If you’re ever in the area, this is the place to go. It’s a trip back in time. A place where you can get a Coke and an Ice Cream sandwich for two dollars isn’t easy to find! 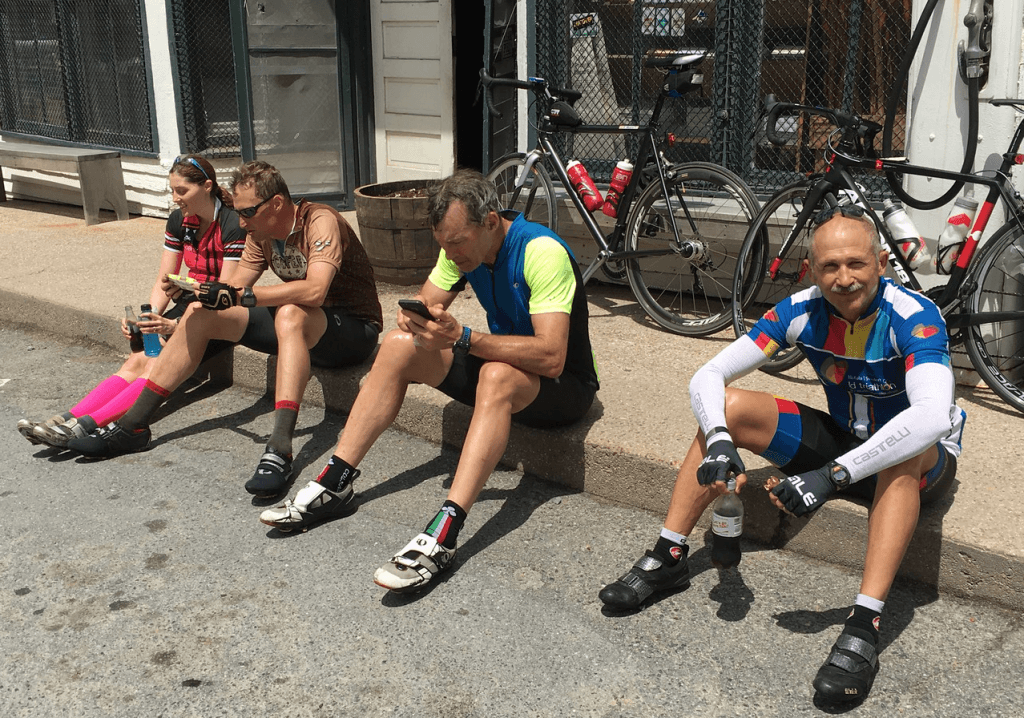 After the break, it was off to Shulls Mill Road — one of our favorite places of the entire camp. Freshly paved for 2016, it was a fantastic experience for everyone. Bonus that I remembered to create the proper GPS course so nobody got lost!

With a final trip down the Parkway to enjoy the massive use including a thunderstorm off in the distance, they won was complete. There was literally something for everyone and everyone at a blast.

The Blue Ridge Camp is our annual cycling expedition to build early-season fitness and have a great time. Between riding bikes we also have fun and drink lots of beer. Interested in joining us? The doors will open in early May for early bird registration. You can learn more online here.