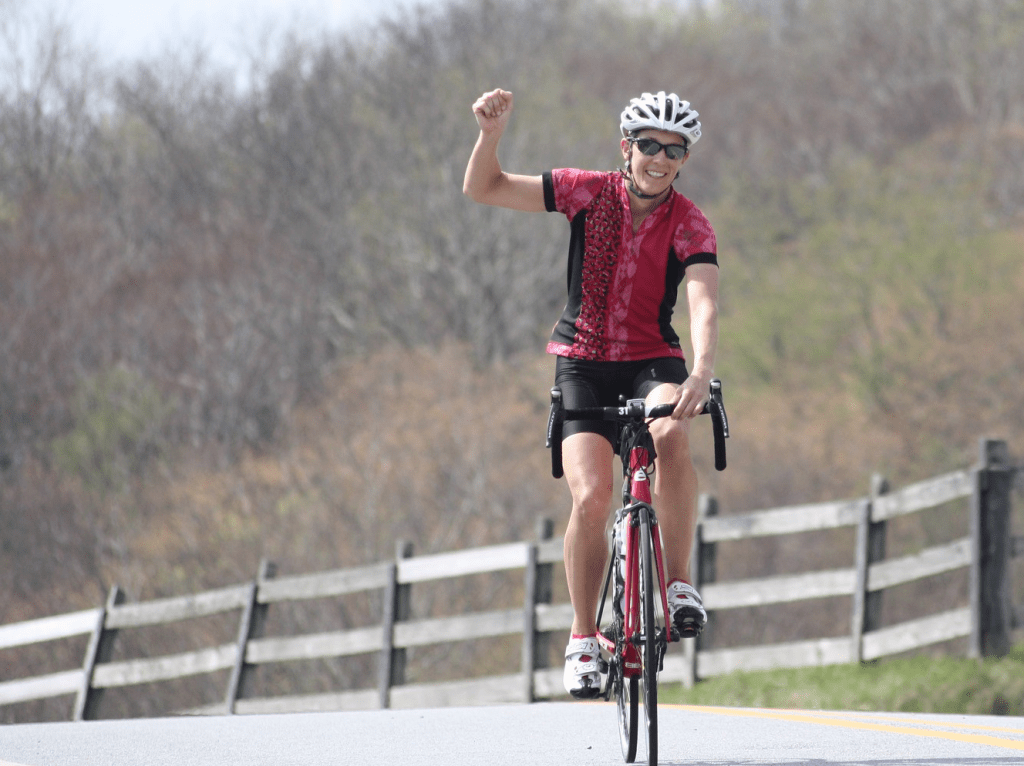 Day Three of the Blue Ridge Parkway cycling camp…and it’s on. Hard to get back on the bike after the epic ride to the top of Mount Mitchell and back. Even harder to stay focused. After all, you just put up the biggest ride of the year the most elevation and distance. Spoiler alert — we found a way!

Today’s route had two flavors and included the incredibly challenging Meat Camp Road. The benign name does not include any mention anything about Snake Mountain… But once you ride it you’ll never forget it. The climb to the top builds slowly before it finally peaks up at a challenging 10%+ grade. You make it to the first switchback only to realize there’s another push to the top. Hitting the top, the highest of our day, happened it only mile 12.7! 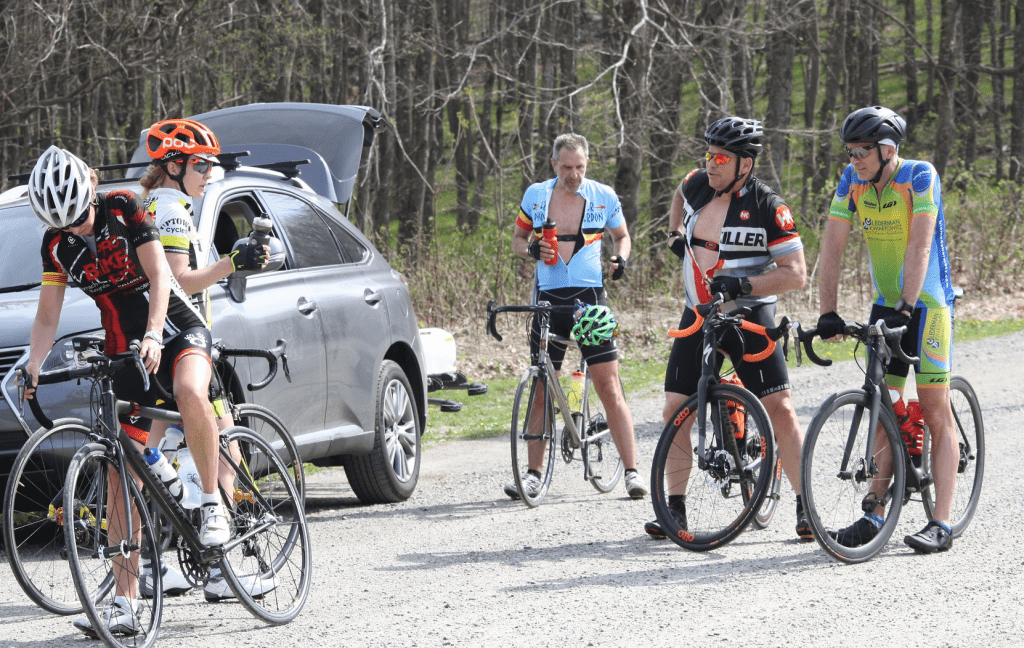 After a brief respite, it was off to SAG at mile 20 before we decided to split. Those wanting to go longer headed north into Tennessee for Bulldog Gap and in George’s Gap. Those who were riding the shorter leg stayed South and headed down beautiful Old 421 Road.

Old 421 is one of my favorite roads for this camp. It winds and rolls net downhill for the better part of eight miles. You really get a chance to savor the beauty of the countryside and the awesomeness that is North Carolina and cycling. Those who went North were able to explore George’s Gap from the reverse side. This meant a more amenable climb with a fantastically steep and windy descent. There were at least three hairpin turns of almost 180°!!! 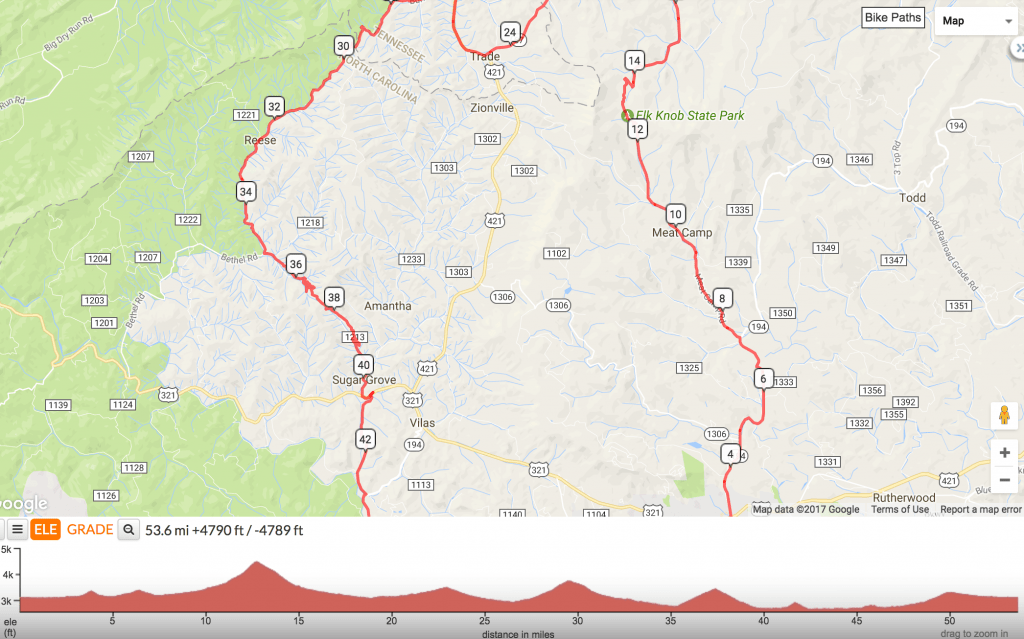 All of the groups reunited at the Mast Gap Annex for refueling and motivation. Some of the campers went crazy and decided to ride off course to go climb another mountain! Most of us were satisfied with the return trip home, with everyone picking their favorite way to do it. Some took the standard return trip on the Parkway. Others, myself included, took a gravel shortcut that’s pretty fun it has a great descent. Others still opted for the fastest way home which is sticking to the side of the highway.

This is the longest we’ve ever ridden on a Saturday. At this point in time most campers have done well over 200 miles in just three days! Today’s ride was approximately 5500 feet…putting campers over 20,000 feet.

Now it’s time for us to regroup, have an early dinner before our big night out as we celebrate the close of camp in preparation for our fourth and final (optional) ride day. Thanks for reading, and stay tuned for our final camp update!