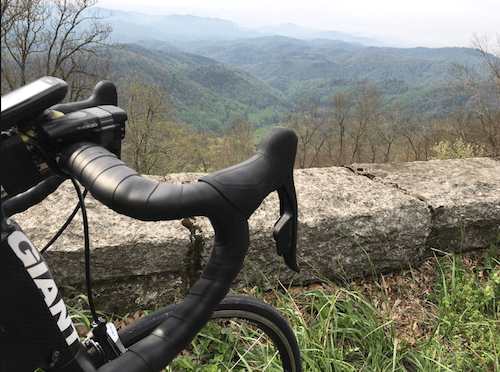 Day One of the 2017 Blue Ridge Parkway Camp was incredible. Coming back to this camp every year – now in our seventh iteration – is always an adventure. There’s nothing like seeing friends and family and reminiscing about camps’ past.

The only thing better then talking about what we used to do is going out there and creating a whole new set of memories. For the 2017 edition and our amazing campers, there were a ton of things that we wanted to do differently.

First and foremost was to find a new first day route… I can proudly say that mission has been accomplished. Check! 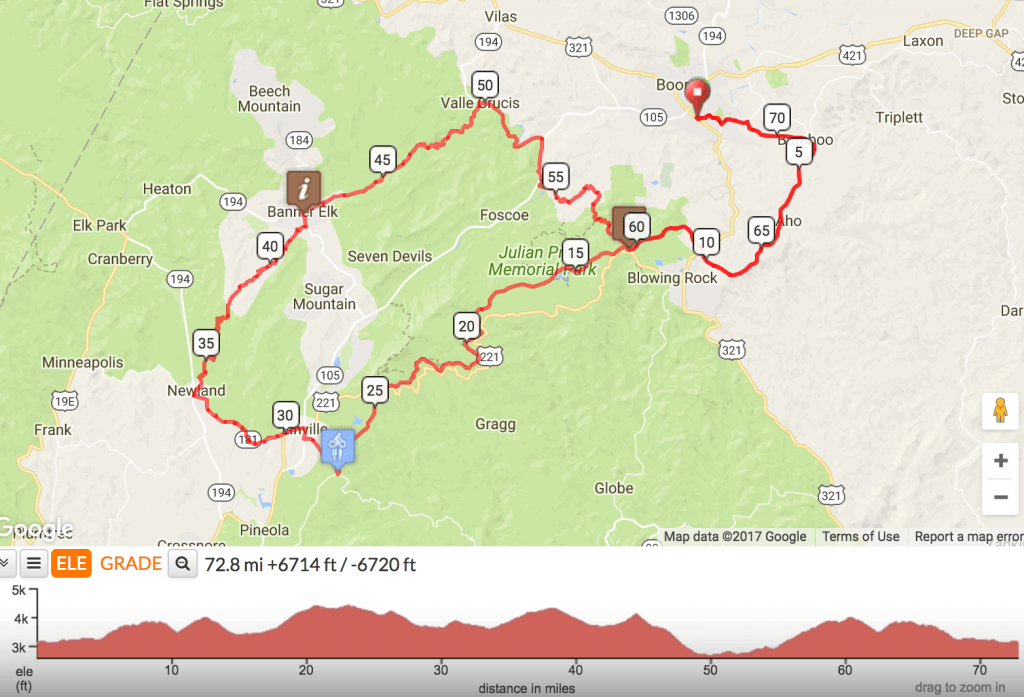 The plan was simple – there were two options. Folks can write either 72 or 84 miles and cover almost the identical terrain. We kicked off with a trip up to the Parkway for the first 20 miles of our ride. Next paragraph as perspective, it took us two hours to write 20 miles on the parkway – we weren’t hammering, but it wasn’t easy. By the time we all made it to the first SAG stopped, it was clear we need to make some adjustments.

It was at this stop to be decided who was going to go short and long. The vehicles split up, and so did the campers. We headed out and enjoyed some more incredible scenery and great roads in the Blue Ridge Pkwy. 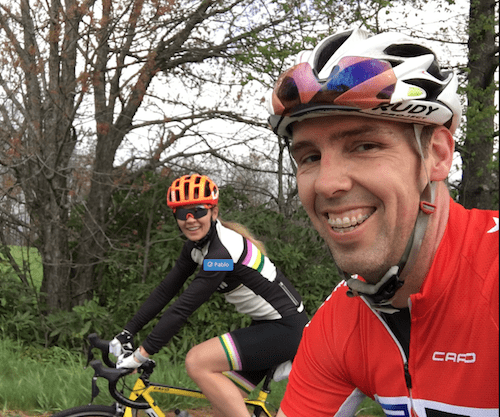 Depending on which route you took, you had a different experience getting down off the ridge. I was in the 84-mile group and as such had a pretty quick descent. The 72-milers had A “crosstown” jaunt before they started Hickory nut Climb.

The next climb was recommended by one the one of the local campers and was fantastic. Hickory Nut Gap is officially winding and fun and not too steep. 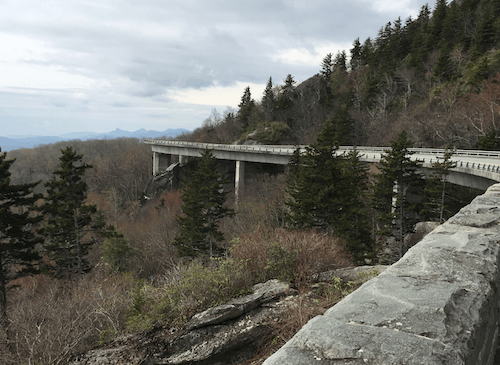 As the day wore on, the clouds began to move in. And by 2 o’clock, the time I thought I would be back at my hotel room, the rain had started to come down. Campers were still smiling on having tons of fun. It wasn’t until we climbed back up to the ridge directly into cloud cover that I realized just how challenging the conditions were.

Side Note: It’s always fantastic to have a flashing strobe light on the front of your bicycle because I still felt safe even in these crazy conditions.

The last 12 miles home took forever because it was raining and visibility was down to just 500 feet. Literally needed bike radar. But it was totally awesome!

I am already strategizing for Day Two when we tackle the highest point on the eastern seaboard – the imposing Mount Mitchell. Before I can do that though, I have to head out to the Pedaling Pig for some grub. Stay tuned tomorrow with more updates or follow the camp on instagram: @teamendurancenation