So we started out planning for the 2013 camp about a week after the 2012 camp was done (note that we have already beaten that record this year, starting the morning of the last day to plan for 2014!), and we had several big changes in mind. I am pleased to say that with a great group of campers and incredible weather, we had our best Blue Ridge Camp yet!!!

We stayed in two houses in West Jefferson, NC, less than three miles from the parkway. The houses were epic (yes, hot tub included!) and were a great central location for hanging out, recovering, and having beers and laughs (in that order). There were 12 folks on hand with 11 committed riders. We did a variety of different flavors of loops, but I personally ended up logging some personal best mileage: 327 miles with 32,000+ feet of climbing in just under 24 hours of riding…in four days. Fitness….CHECK!

That said, the best part about this camp is being able to use the vans / SAG to create the right amount of mileage and work for you. Some campers logged three great hours of riding a day and were pumped to see their fitness go up! 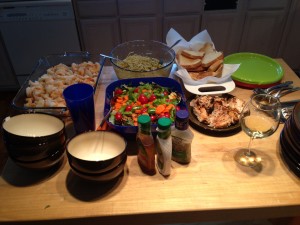 This is how you feed 12 hungry folks!! 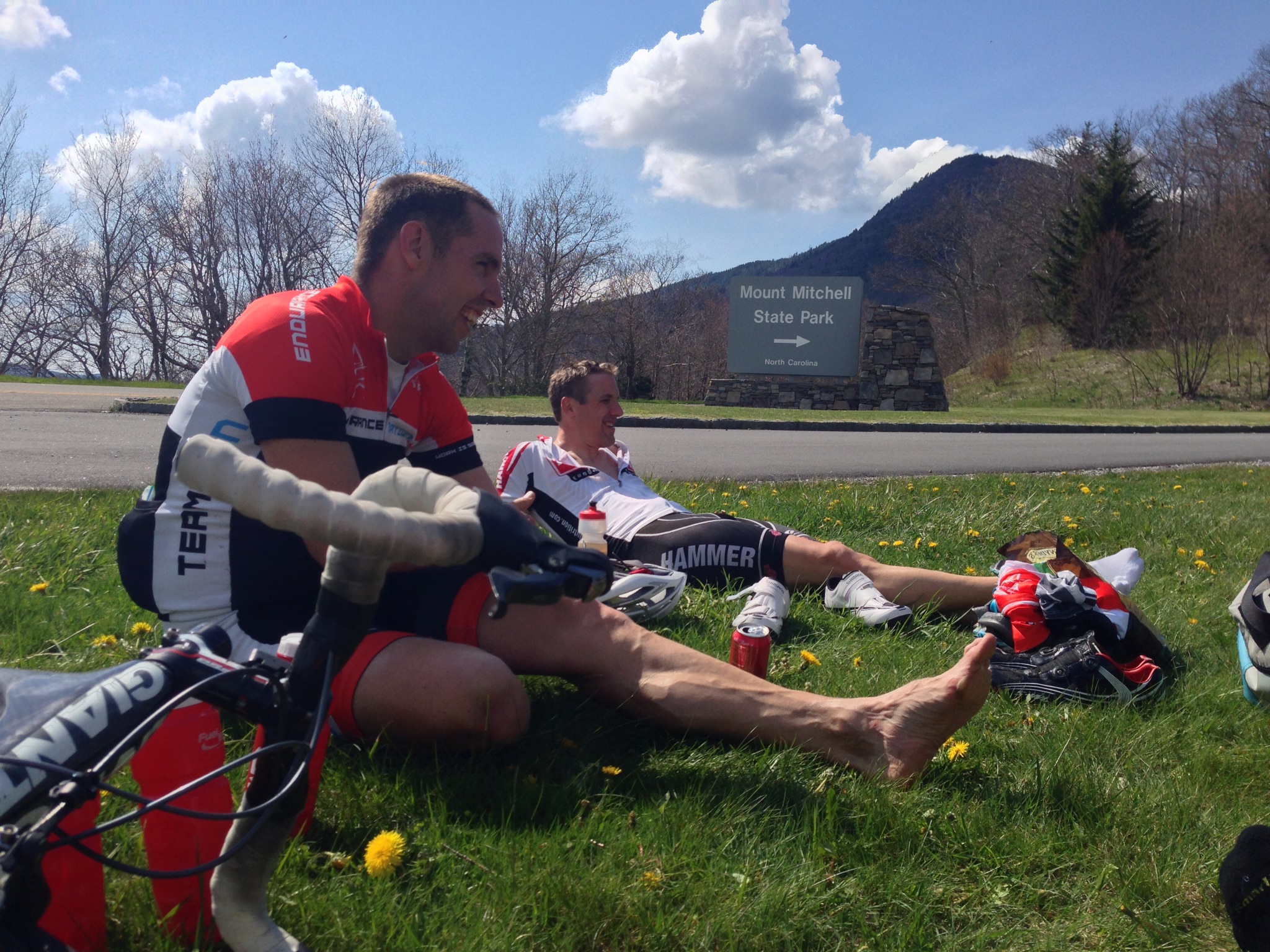 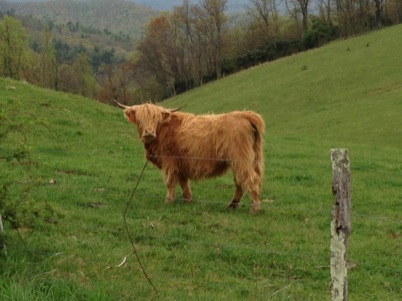 The elusive camp mascot — The Muskox!!!

The local riding in NC around the Blue Ridge Parkway is epic. The Parkway itself is in great condition and we hit it before the crowds. On Friday and Saturday across 9 hours of Parkway riding I saw less than 40 cars. Seriously. The road was designed not to have more than an 8% grade, so you can descend freely and safely (climbing is still hard!)…but once you get off the Parkway all bets are off…we saw grades up to 18% in some places. Here are some fun videos to enjoy!

Cruising through a Valley

Next year’s camp will be held the first weekend in May, with very similar routes and a set up. Registration is only open to previous campers right now, but will open to the Team in general in the next few weeks. There’s an up front deposit with the remainder due by September 1, 2013 so we can lock in the lodging etc….this is a great camp for folks racing an Ironman® or 70.3® in June, July or August…or just for anyone looking to take their cycling fitness to the next level.