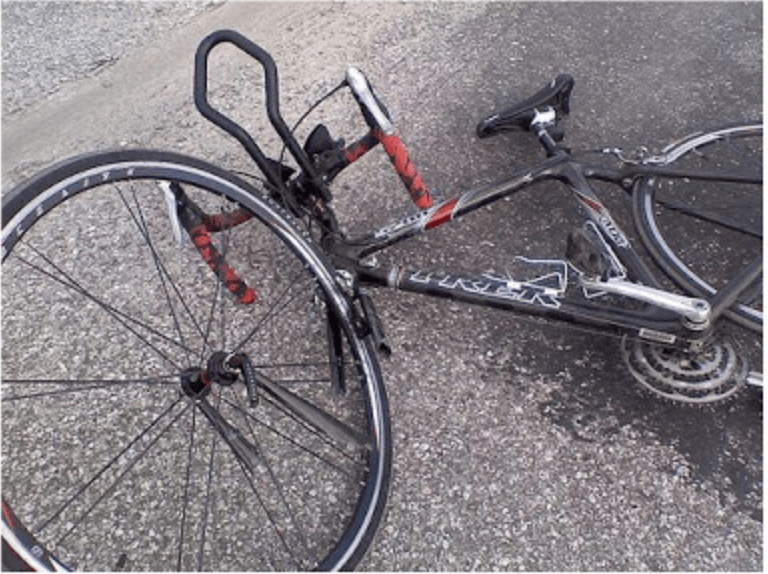 Not finishing your target race of the season can be a massive blow to your endurance ego. Your ego doesn’t care how you DNF’d; it only knows that you failed.

For days, weeks, and months you have built the fitness and the expectation that you would achieve your finish line. Now what?

It’s time to make some lemonade out of these lemons.

Successful endurance athletes can objectively review race performances in search of opportunities for improvement. Every race, just like every training session, is an opportunity to learn and improve.

It’s Okay, Have Your Pity Party

Look, not finishing really sucks. It’s all right for you to take a minute to just be upset about it. You can rant to your loved ones or to your training partners…or anyone who will listen.

Maybe Facebook will be your outlet, or maybe you’re much more private. Whatever it is, it’s okay to let your head hang down and feel sorry for yourself.

But not for too long.

You still did all that training, and all that racing…and most important of all…you tried. This DNF doesn’t define you; what you do next is what shows your true character. Take your time, have your dark moment, and then let’s get to work.

While the first 12 to 24 hours after your race will be clouded with emotion, there is plenty of truth to be had there. Don’t judge the thoughts that are going through your mind or the words that are coming out of your mouth. Capture them.

Write it all down. Record it on a camera or your phone. Whatever you do, just make sure you don’t lose the raw energy and intensity of what that quick review of your day means. Even if there’s nothing tangible you can learn from this experience, it’s important to objectively return to this point time to see just where your head was. These are insightful inflection points in your season and into your sports psychology.

Endurance athletes are experts at rewriting the story of their race as time passes.

While this may be more of a free form exercise, when you’re done condense it into a few bullet points you can review later. This can also be a useful guideline for your race report, another recommended post-race exercise.

Your top priority here is to remain objective.  Before you go pointing fingers at nutrition manufacturers or bicycle component installers or the weather, take a good long look at your data.

Inside Endurance Nation we have several workouts that mimic what you’d be doing in a marathon or in an Ironman. Start by finding those key workouts and take a look at the data.

Comparison Number One: Your Heart Rate

The best macro level view of your race performance is your heart rate. Take a look at how your heart rate evolved like over time in your simulation workout. Then compare that with your heart race on race day.

Odds are you will see some significant discrepancies between those two files.

Use the data to help you inform your story of the day and gain a better understanding of what really happened to your body versus what you remember happening.

If you’re fortunate enough to train with a power meter or GPS enabled watch, then you likely have some quality race data. While heart rate shows you the stress your body experiences, power and pace show you the work that your muscles are doing.

The most common mistake is aggressive early pacing on the bike despite a race plan. Maybe it was an overall higher level of intensity or fits and spurts that burned critical “matches.” Either way, it undermined your ability to perform later in the race.

While you had a nutrition plan before you started the race, now you have a nutrition story. Take a minute to actually write down what you consumed on race day. Often times what people plan on eating and drinking is not what they actually drink.

Understanding what happened when reality hits your nutrition plan is critically important for becoming a successful endurance athlete.

What works for you in training may not work for you on race day and there are only so many race days you have to get it right.

Determining the Right Next Step for You

More often than not when an athlete fails to reach the finish line, their resolve and commitment to success reorients them to the next race. But sometimes racing again isn’t the best idea.

Deep fatigue is waiting for athletes who completed most of their event but had a last-minute failure. If you have a fundamental problem with your race plan, then racing before its fixed will be pointless.

For athletes seeking a specific accomplishment or goal, just doing “any old” race won’t be what quenches the fire within.

Rather than focusing on a race, I encourage you to take a look at addressing the process related issues that led to your problem.

The best next step after a DNF is a better plan for your next race. Anybody can race. Is not the desire to race that has failed you… It’s how you raced.

Use the steps outlined above to draft a new plan for both execution and nutrition, improving upon the systems that failed you in the first place. Having that in hand means you are ready to make your next race commitment.

What Not to Do!

It’s worth pointing out that many athletes, even smart ones, will still want to go race right away. These athletes will find another race within the next two weeks regardless of where it may be on the planet.

They will spend the time and the money and the energy to get there despite not being ready. Will they earn their medal? More than likely yes.

But as a coach I want to make sure that you earned it the right way: Through a good plan with good execution and a better process.

Simply racing again can undermine both physically and mentally all the work that you have set out this year. If you must race right away because of your schedule or other constraints, please check with your coach or advisors on what they think is the right thing to do.

So how soon can I race?

I get it, you want that finish. And you’re going to race again whether it’s sooner or later. How soon you race is a function of how much of your last race you actually ran at race intensity.

For triathletes, the swim and the bike have a relatively minimal cost. The run at the end of the day that really creates the deep fatigue which requires recovery.

For runners, the early stages of your race are essentially low cost. But there’s a point time as you move to the later stages of your run where things become more costly. This is where you need to decide just how much of that race you ran at that race intensity.

If you ran longer than those benchmarks in either scenario, you will need more time to rest. Focus instead on a next race that is eight weeks or more away.

If your first race was in May or June this means you’d be ready again by late August or early September.

This early DNF is an opportunity for you to refocus on another build. This will help you to become even stronger for your next race and stronger overall as an athlete.

Don’t sell your future short by becoming fixated on the next race!

Whatever you decide, we wish you the best of luck.

Feel free to ask us questionsor reach out for motivation on our Facebook page: www.facebook.com/endurancenation