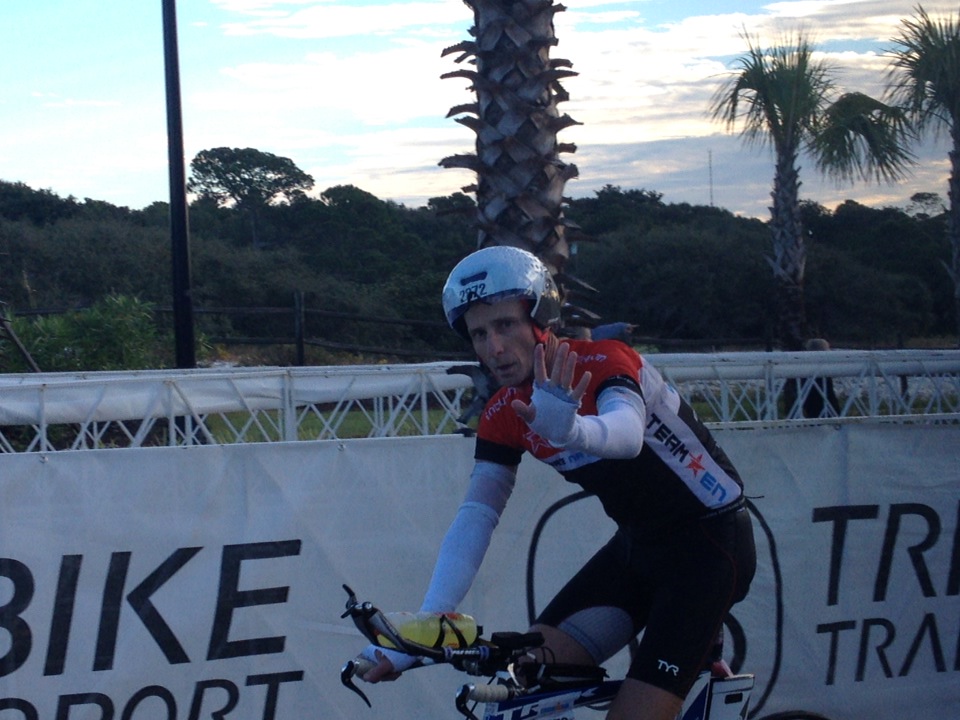 Another early November, another Florida in the books. This edition of the race did not fail to disappoint in terms of challenges and excitement, but at the end of the day everyone who participated (and watched!) was reminded that any journey of 140.6 miles is just really, really hard.

There was a lot of excitement on the course. Led, of course, by the Bahrainian contingent with multiple black Escalades (and two Range Rovers) as the pre-race motorcade, and the apparent motorcycle escort — straight into T2 — on race day. It was followed by the epic swim conditions (seen below) that, despite the waves, seemed to be really fair. The surprise of the day was the bike winds being favorable across the day, playing a role in two incredible top splits: 4:02 on the men’s side and a 4:35 on the women’s side. Simply. Amazing.

But let’s not forget about the other 99% of the race! 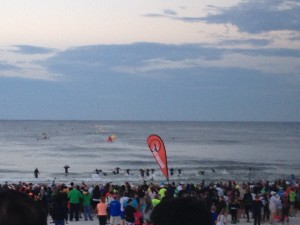 All week the water had been really inhospitable. Downright angry. On race morning the winds had eased a bit, but the waves remained pretty solid. We are talking 4 to 8 foot swells running about a half mile off the beach. In other words, the cost of entry to the Ironman® — aka the swim — was significantly higher than in most years.

While it didn’t appear to be that bad from the beach, the lighting was deceptive. By the time you saw the professional men, then the women, take off, it was clear from the bobbing swim caps that there wasn’t an easy stroke to be found.

As the final swim times showed, however, the same forces that tried to keep the swimmers away from the furthest buoys also drove them back in to the beach. This was made possible since the waves were head on to the beach. Any other year a diagonal current or wind would wreak true havoc, but not today. 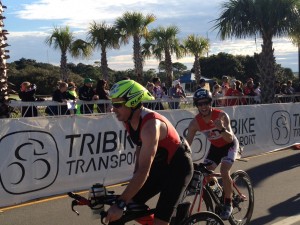 While I wasn’t in the race, it was clear that conditions were pretty favorable. The course here in Panama City Beach is pretty flat, with the course-related challenges being wind and road quality.

Once again, I heard multiple stories of total disarray on the out/back on the bike — gear, including CO2 cartridges, spare tubes, tires, food, bottles, even pieces of bikes — all littering the roadway. Apparently the safest place to ride here, in terms of debris, is the white link on the side if the road (if you can avoid the 4-inch drop off right next to it!).

This year the winds were pretty favorable — especially considering the times posted by the professionals. But even the average age grouper seemed to benefit from friendly winds over the final 22 miles. Case in point an athlete who barely made the mile 88 bike cutoff finished more than 20 minutes to the good thanks in part to the conditions. 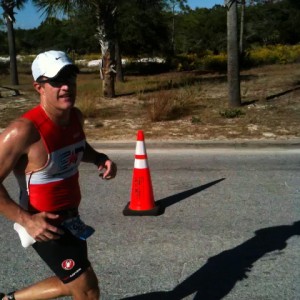 By the time the run started, the sun was out in full force. Temperatures had risen from the upper 40s to the upper 70s, which really made things quite hot in the sun. It wasn’t completely unbearable, but it was about a 30-degree increase from the morning temperature — and that type of a jump makes the perceived temperature significantly higher than what’s showing on the thermometer. While the uber-fast folks weren’t affected as much — with the second place male throwing down a 2:37 marathon time! — almost everyone else was subjected to the warmth.

The real issue isn’t how warm it gets, however, but how quickly it gets cool as the sun sets on the early side (approximately 5:30pm). Even as a spectator just outside the State Park at mile 5.5 / 18.5, I found myself avoiding the sun early and then racing to get my fleece as soon as the sun ducked behind some buildings. I mention this not so much as a performance issue; it’s more like another mental challenge that’s unique to Ironman® Florida.

The run course was effectively the same for 2013 as it has been in the past. Plenty of crisscrossing and weaving that makes you feel as though you’ve made minimal progress towards the finish line or halfway. Two improvements included a redesigned traffic pattern around the Alvin’s Island that made for a nice turnaround on the run. The other great change was the organization of all participating triathlon clubs into a single segment along Thomas Drive. This made for a fantastic support corridor that participants saw on four separate occasions — huge props to all the teams out there who made the event that much better.

In conclusion, Florida 2013 was a fast day that still held significant challenges for the competitors.

Congratulations to all of the finishers!