This was our first annual foray down to the warmer climates of Florida for “winter triathlon break,” and by all accounts it was an incredible success. We had 10 campers join us for a 4-day training block that included 7000 yards of swimming, 240 miles of cycling, and 20+ miles of running.

We also had some incredible food and too many jokes to even begin to share here, suffice to say you’ll simply have to come join us in 2016 if you want to experience the fun and build the fitness!! 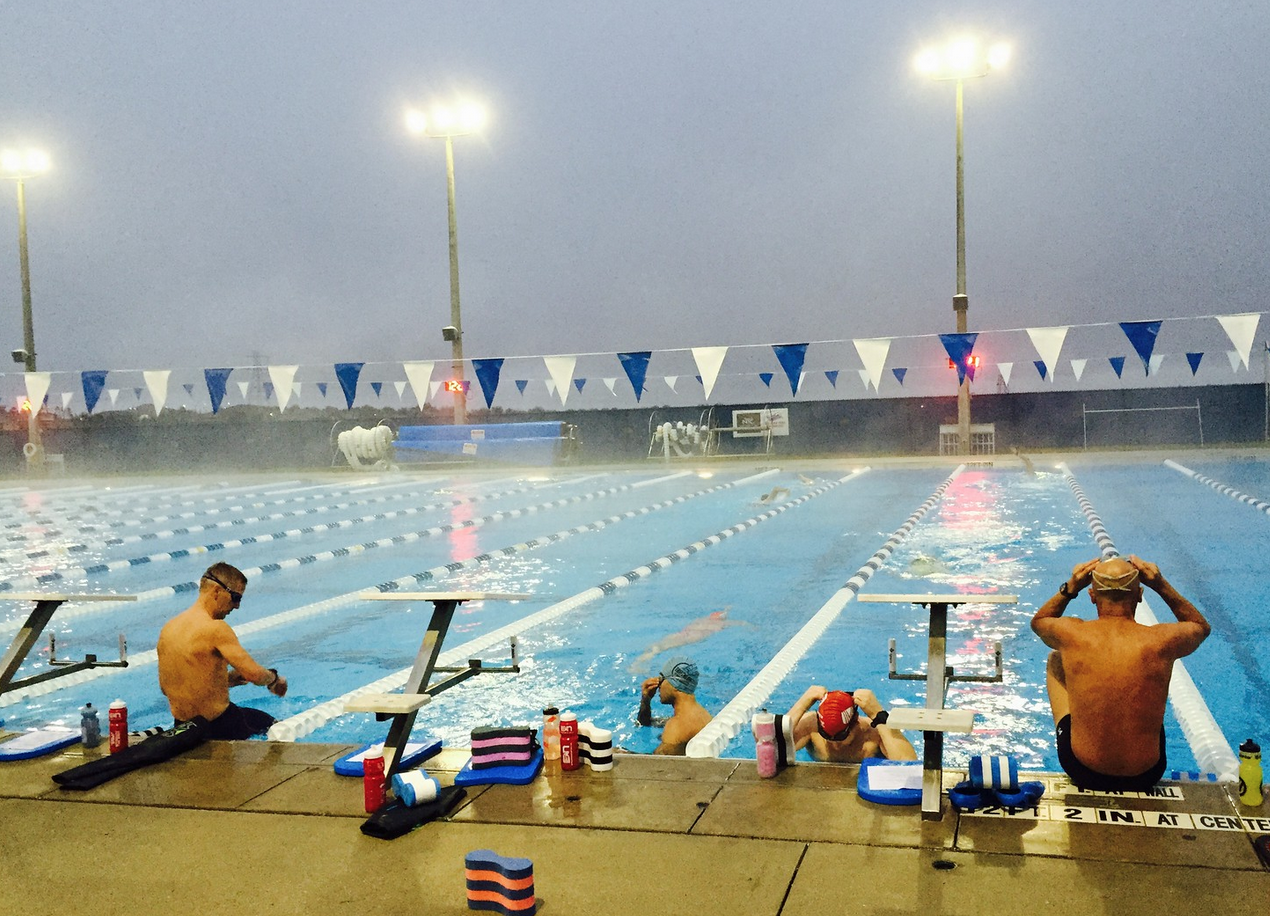 We kicked off the January Volume Camp with an early swim session — starting under the lights of the outdoor pool! The focus here was on drills with some steady state work, giving Coach Patrick some time to record the campers on video. Total swim was betwen 3,000 and 4,000 yards.

We quickly returned to the hotel to prepare for our first long ride, approximately 84 miles out to Mount Dora. The weather was mid-60s and while some of us work a few extra layers, being out in the sun seemed to make everything alright. We were even helped by the winds; a friendly tailwind pushed us all the way back home in time for a quick brick run.

We had plotted out a nice 5k loop from the hotel, and the course was perfect. Just enough rollers to keep you honest and help you find your stride…and 5k was just enough to “count” for a run so we could stop for the day. 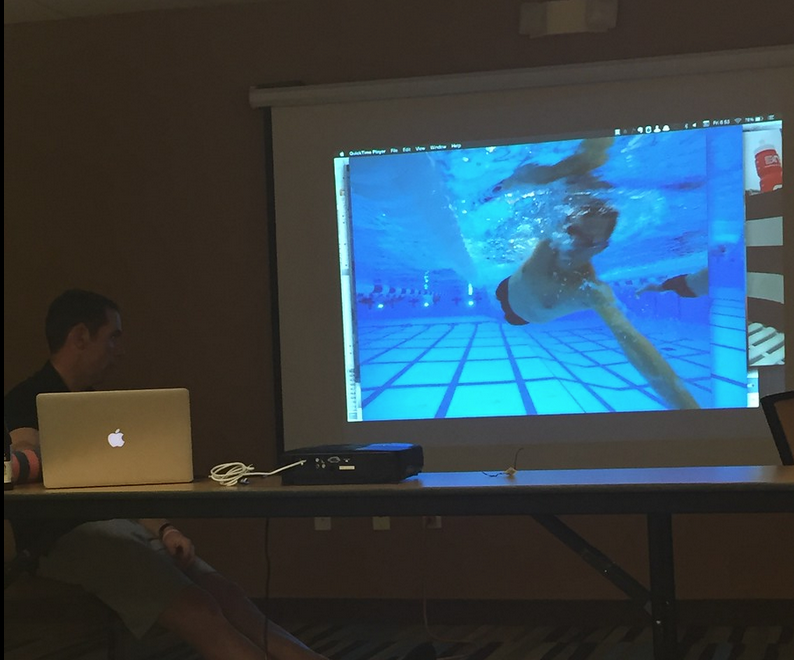 Dinner Time was reserved for a recap of the dynamic swim warm up concepts, as well as an informal video review session live on the big screen. The videos will be reviewed and recorded again, then posted online so campers will have the chance to continue improving across the rest of the season. 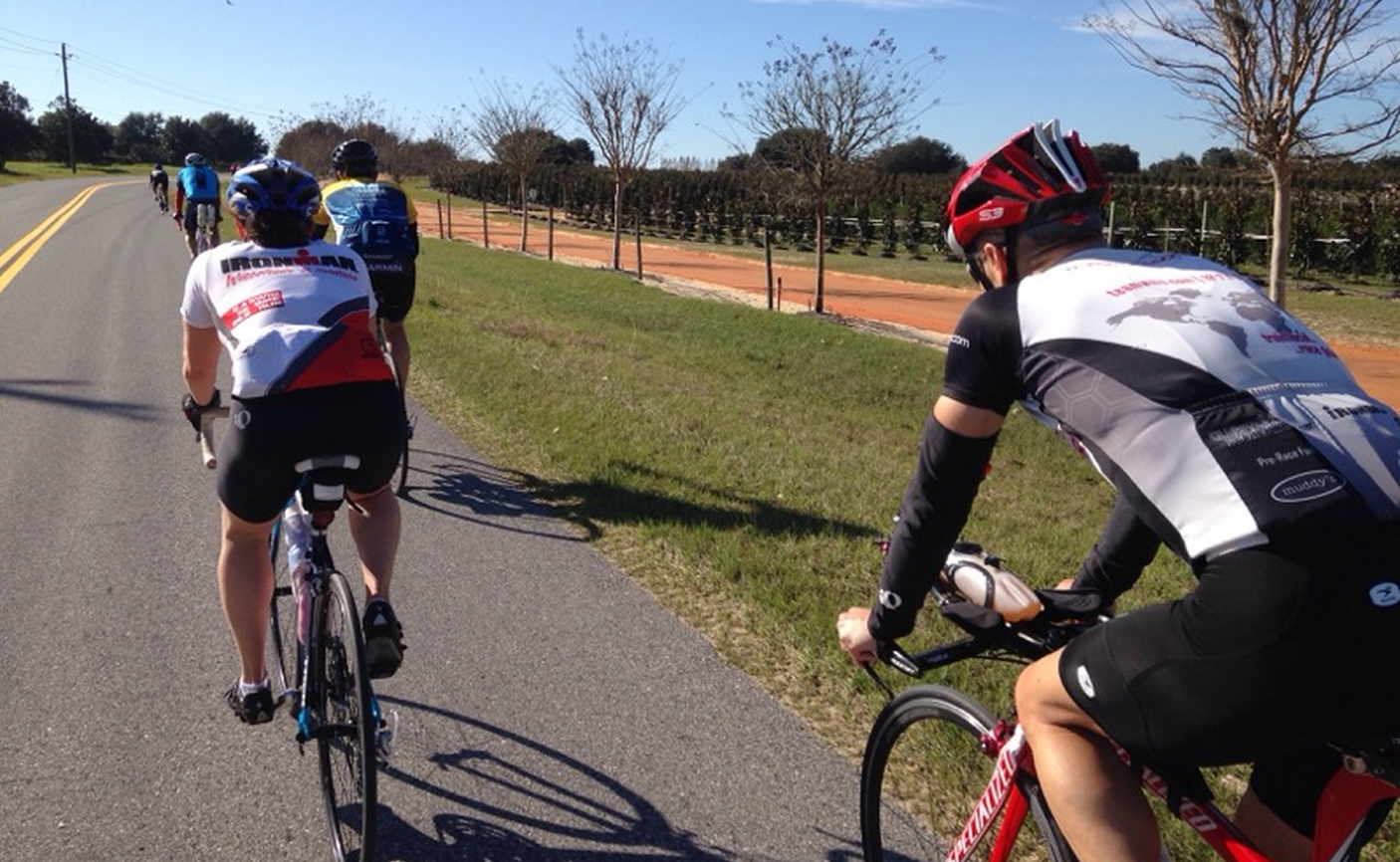 It wasn’t until Mile 70 when we hit the Buckhills that things really started to get painful. We capped off that climbing section with a trip over Sugarloaf Mountain (second highest place in Florida) that camp at mile 80. Folks were so tired it seemed like there were hills everywhere in the final hour of the day. And yet everyone still managed to motivate for another brick run!

The big differentiator for us on Day Two was the wind, which really started to split the group up — a few well-placed stops kept folks together and enjoying the group sufferfest. 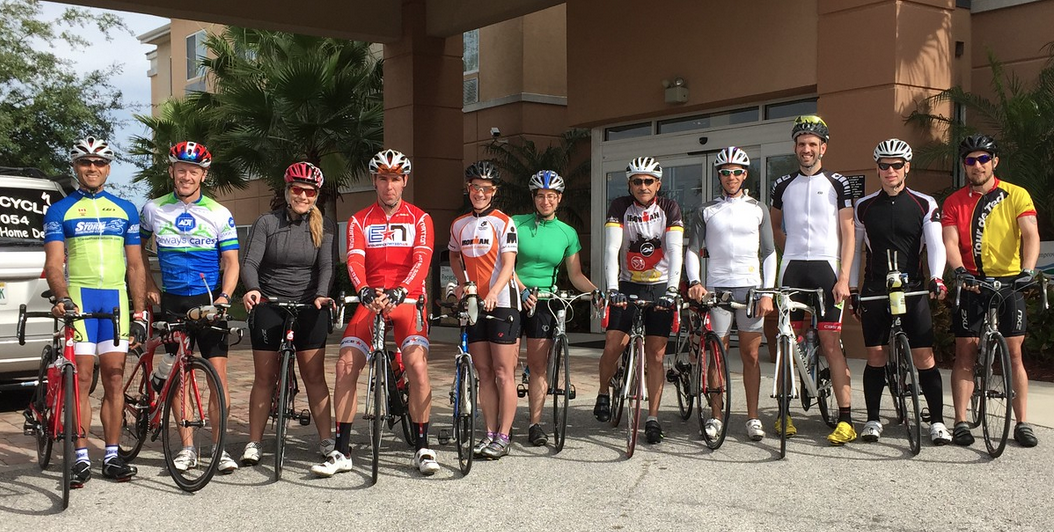 Our third day kicked off with a return to the pool. This time we were ready for the chilly air and quickly jumped in. Our swim focus was on rotation as well as personal swim video feedback from our Day One overview session. The early swim meant time for a second breakfast, which almost everyone took advantage of!

The bike was a reasonable distance, but a completely unreasonable goal — two times over Sugarloaf Mountain — once from each direction. General fatigue and a bit of wind combined to keep the group pretty close together today, but we will rode up the hill like we were being chased!
The return home was equally as hard as the day before, yet more than a few campers rallied for the final run option of the day.

On our last day of camp, it was time to finally put in our long run of the week. Besides, I am not sure I could have paid folks to get back on the bike after three solid days!  We headed out to the Clay Roads of Clermont, and found the perfect ten-mile loop. After some quick run video, we set out into the fog.

Running on the clay surface was one of the most enjoyable things I have ever done; it was like running on air. I was enjoying it so much I forget to eat for the first four miles! It was the perfect end to the perfect four-day adventure.

I am already looking forward to 2016 — early registration for new campers 2016 opens on February 1st on the Camp Page Here.