The Team ended its US Ironman racing season this year with 45+ athletes making a strong showing at Ironman® Arizona. Both coaches, Rich Strauss and Patrick McCrann, were on hand to lead the team and clock many hours of meetings, as they planned how to make 2017 — our 10th year — even more special for the team!

We kicked things off with our traditional team dinner at Buca di Beppo in Scottsdale. 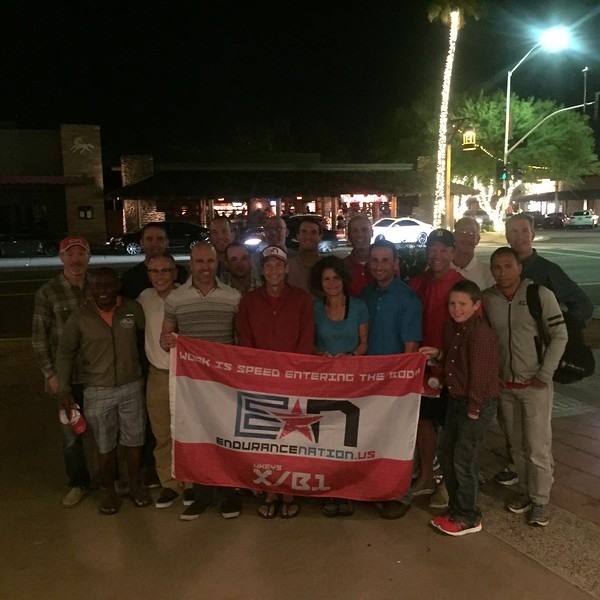 Next, on Friday, the coaches delivered their Four Keys of Arizona Talk in our “old skool” format: in the “grassy bowl” just outside of the race expo and were joined by nearly 100 EN athletes and fans. 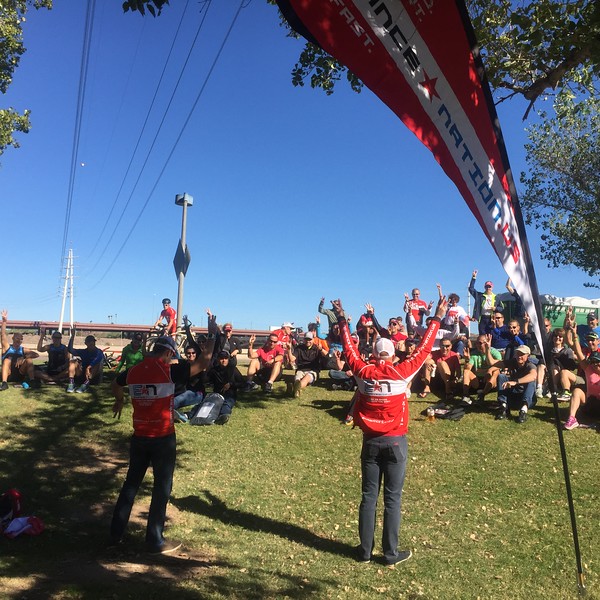 Teaching the “EN Gang Sign” to another class for Four Keys attendees!

Conditions promised to be nearly perfect, with relatively cool temps and light overcast in the forecast, but with rain expected late afternoon.

After a series of team pictures under the bridge near the swim entrance, the age group race kicked off at 6:50. Very little wind made for a perfect swim, though the water was rather cold for our slower swimmers.

The 2016 bike course was nearly perfect, with great temperatures and normal winds on the 2nd and 3rd loop of the bike. 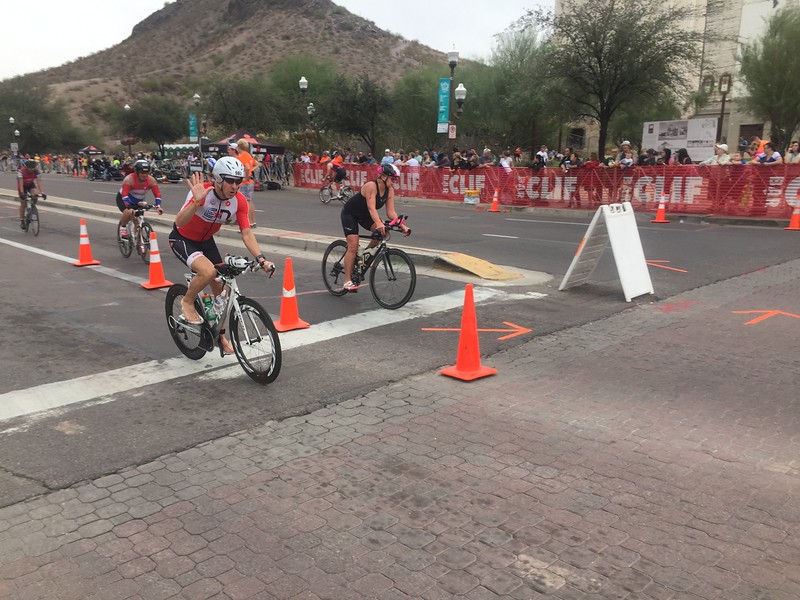 Inspired by a similar setup the coaches saw at a race last year, Coach Rich and Mariah Bridges parked Clifford the Big Red Van on the run course and fired up the Endurance Nation Bacon Station — “You know you want some!” — next to the Trisports aid station at mile 10 and 23 of the run, offering bacon goodness to hungry racers! We had a lot of fun entertaining them, and ourselves!

Meanwhile, conditions were ideal for a fast run, with light overcast, perfect temperatures, and the forecasted rain skirting the run course for much of the day. There was a brief shower at around 7pm but the race dodged the rain bullet bullet for the most part. 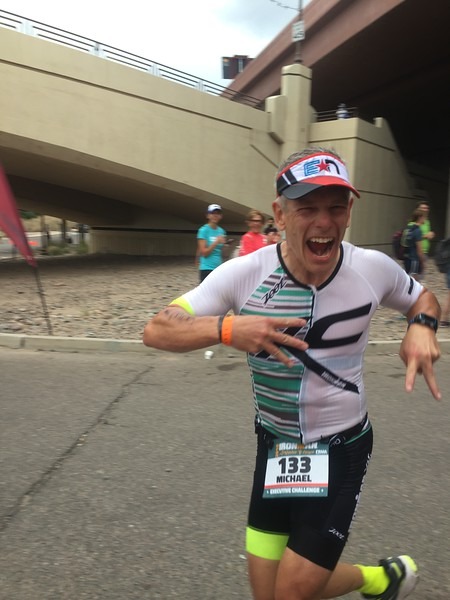 Mike Blackburn showing some EN Luv at Arizona, only about 8 weeks after qualifying for Kona at Ironman Chattanooga! 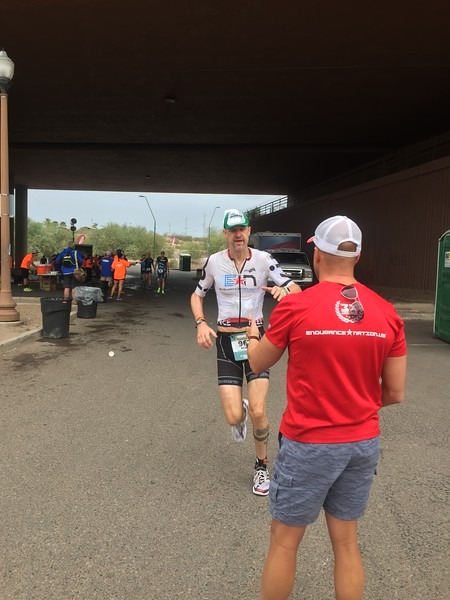 Robin Sarner, looking good only a few week after his breakthrough race at Kona!

After hours of cheering, and grilling, on the run course, Coach Rich and Mariah relocated to the finish line, in time to witness Lionel Sanders’ world record performance and then be there to greet nearly every Endurance Nation finisher. 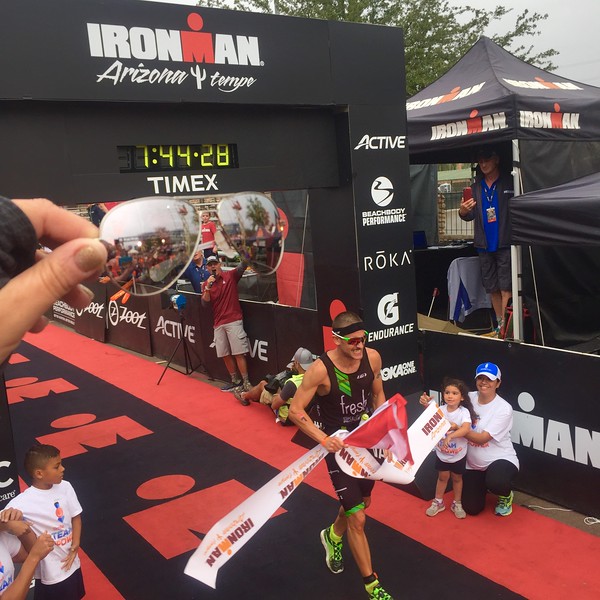 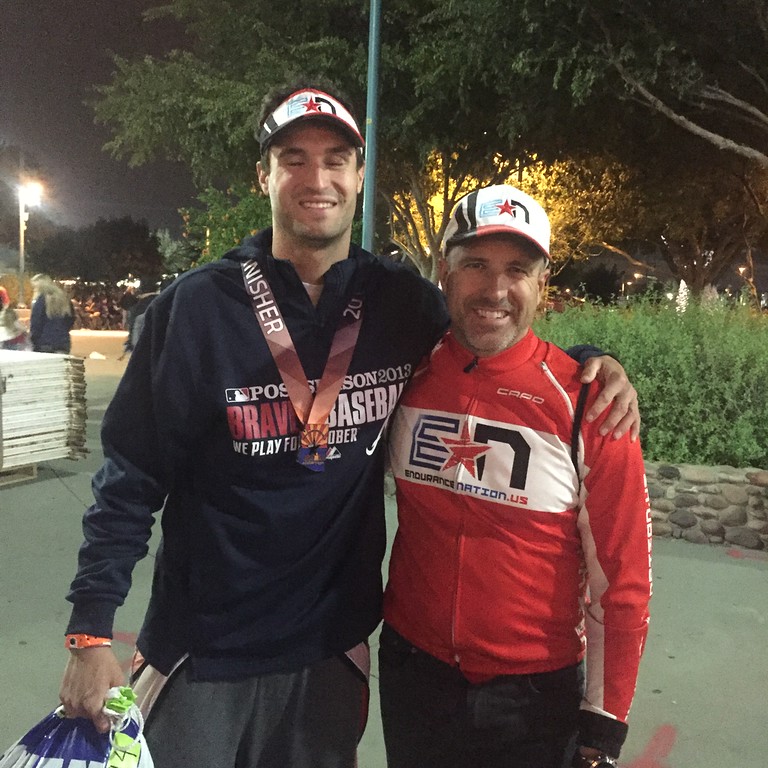 Stay tuned for our more Ironman Arizona goodness, as Coach Rich publishes podcast interviews with a few of our athletes about their race performances!

EN Coaches Rich Strauss and Patrick McCrann, joined by Marketing Director Mariah Bridges, have officially closed out the 2016 season and have turned their sights toward crushing 2017, our 10th anniversary! 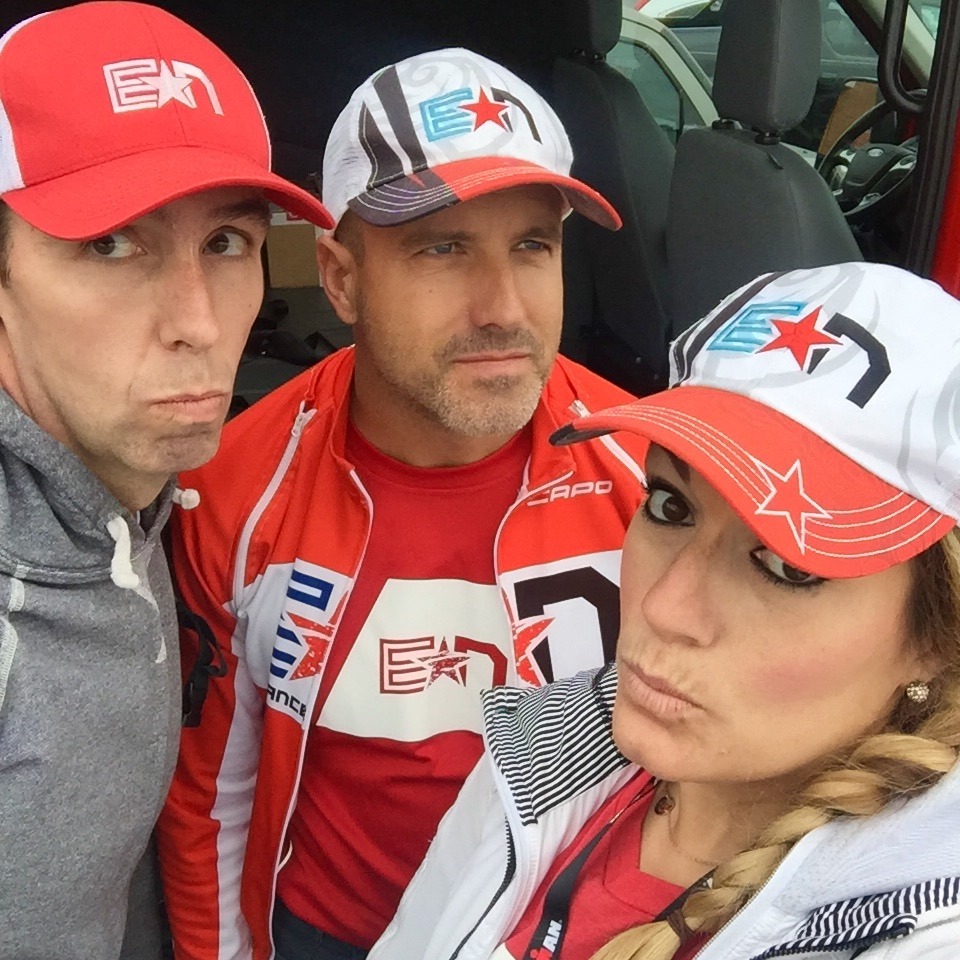