This weekend TeamEN has 7 members racing in Washington.  Temps look to be tepid and a great day to be doing a 70.3® event.  The team dinner is set-up, pre-race meet-ups will happen and the group messaging app is fired up with smack talk being dished out in spades already.   All in fun and good times.  🙂

Meet a few of our rock stars below. 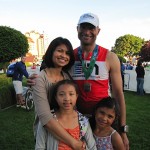 This will by second time at Lake Stevens, but first 70.3® as a member of EN.  In 2010 it was my ‘A’ race for the year, and I completely melted on the run in the unusually hot (97 deg) heat.  I’m looking for some redemption this year.  Having done Coeur d’Alene about 6 weeks ago, I’m not looking to set the course on fire, but rather looking to execute well and have a strong half marathon.  So far I am 2 for 2 in setting PR’s in my first two races this year, and I am hoping to keep the mini-streak going. 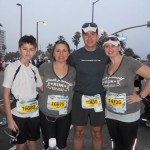 My name is Steve Swanlund, I live in Washington state. 3 years ago I was 60 lbs overweight with high blood pressure, high cholesterol, and working on pre-diabetes, suffered from sleep apnea, and other maladies associated with a crappy lifestyle. I woke up one morning and decided I was going to fix it so I signed up for a full marathon 9 months away. I started training, but 6 weeks later I was in a high speed motorcycle accident, to recover from that I couldn’t run so I swam and rode the spin bike. By the the time I was able to run again I had some swim and bike fitness so I decided to start doing triathlons. By the time the marathon came around I wasn’t able to get my long run mileage up to a marathon so I opted for the 1/2 marathon and finished in 2:06:XX. That year I did 3 olympic tri’s and ended the year with a half iron distant race. The following year was all 70.3® races (4)- Boise, Chelanman, Lake Stevens, and Silverman. Since starting this lifestyle makeover, my wife runs half marathons, my son (13) now runs half marathons and my daughter (24) is running her first marathon this year with me in Portland in October. 2011 is the year of the Ironman, I did Coeur d’Alene and  Chelanman 70.3® and will do Arizona in November. 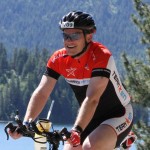 Coeur d’Alene was my first Ironman® and first triathlon. I’m another one of those crazy people who just decided one day to attempt the Ironman® six months before the race, and I did it thanks to EN training. After a 17-year hockey career, I spent the last 20 years working in front of a computer and in conference rooms. I figured it was time to get back in shape and the Ironman® seemed like a worthy goal. EN helped me drop 17 lbs, get the best ROI with limited training time, and learn how to properly execute an Ironman. Now I’m interested in trying out the half Ironman® distance at Lake Stevens since it’s local and I still have my fitness from Coeur d’Alene. I’m 40, married, and run a business technology management consulting firm in Gig Harbor, WA. 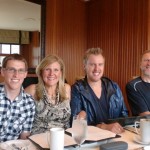 I was born and raised in the greater Seattle area and now live and work in the city of Seattle.  I work as a structural engineer where I get to design new buildings as well as evaluate existing buildings for structural integrity.  I enjoy living near my parents, Mark and Marsha, as well as my brother, sister-in-law and niece, Brandon, Lindsay and Zane.

I started doing triathlons in 2008 with Sprint and Olympic distance races, after which I was pretty much hooked.  The following year I completed my first HIM, this past year did my first full Ironman® (Florida), and just recently finished Ironman® Coeur d’ Alene.  After doing two IM’s in seven months I have decided to take a break from that distance and focus on some HIM’s.  This will be my third year racing at Ironman® 70.3® Lake Stevens and am hoping to finally finish in less than 6 hours.  I look forward to racing with a few of my fellow EN teammates and executing a great race.