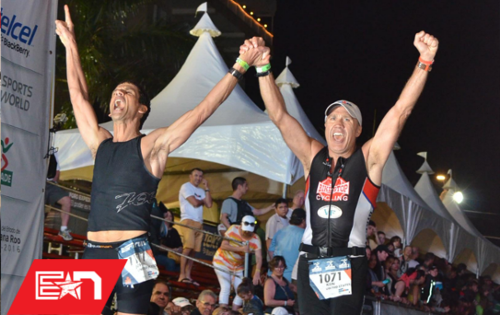 When Endurance Nation created the OutSeason® in the fall of 2007, we were searching for a solution to help keep our athletes focused across the entire season. Little did we know that this component of our Endurance Season Plan Process™ would become the single most important determinant in terms of overall athletic success each year. Even if you aren’t following an Endurance Nation OutSeason® Training Plan, you can still master the fundamentals of our unique training approach to improve your InSeason race performance.

Solving The “Focus vs Performance” Dilemma

Honestly, the OutSeason® wasn’t some kind of marketing gimmick. As coaches, we were really challenged to help the average Age Group triathlete who effectively woke up each Spring and said, “I want to be much better this year than I was last year.”

You Can’t Get Faster When You Lose FIVE Months Each Year!

Unfortunately, between March and their last triathlon in September, these athletes had done very little triathlon-specific training. Sure, they stayed busy with a Fall marathon and various other running events. But from our perspective as coaches, these folks had effectively lost FIVE FULL MONTHS of training.

Spring training wasn’t about picking up where they had left off — it was about starting over from scratch. Many of these athletes wouldn’t hit their previous benchmarks until July or August, leaving them just one month to build improvement over the prior season before shutting it down again.

It was clear that something needed to change, and shortly thereafter the OutSeason® was born. But the benefits of training through the Winter were more than just statistical; several of these gains are the intangible building blocks of long-term athletic excellence.

There is fitness as a tool you can use on race day, and there is fitness as a deep understanding of what your body can do when pushed to its limits. Peak race day performance requires both elements, but not every athlete has the self-knowledge to know what it means to walk the line between max effort and imploding.

Every single workout in the OutSeason® is build with incremental load. That means that the Tuesday interval bike this week is just slightly harder than last Tuesday’s ride. The overall training load of this week is higher than last week, but not as high as next week’s load…and so on.

Almost every session has you performing a gut check — you won’t know if you can do it until you are done. But the mere act of facing this doubt, and overcoming it, is an exercise in mental discipline. By repeating this week after week, you are building both confidence and a clear understanding of your limits.

When the push comes to shove at the end of a long, hard Half Iron or Ironman® race day and you need to dig deep into your suitcase of courage, my money is on the athletes who have a Mental Six Pack.

#2 — Learning the Value of Focused Intervals

We write the workouts in the OutSeason® written with a focus on the Main Set instead of the total training time. Quite frankly, it’s irrelevant to me if you do your two ten minute intervals and then get off the bike or if you ride another fifteen minutes. All we care about as you coaches is the twenty minutes of interval training, as that is the lever we use to improve your fitness.

This is very different form other programs, which are literally built by coaches who are tracking total training time per discipline per week with an eye towards creating additional stress through additional training time. By leveraging the power of threshold intervals, Endurance Nation increases your fitness on a fixed weekly schedule that is challenging but achievable.

Even more important than these gains, however, is the familiarity that the OutSeason® breeds with training that is focused on quality vs quantity. An athlete who has completed the OutSeason® is more likely to embrace the use of intervals in all phases of their training, including the Race Preparation cycle where the duration of our workouts increases to match the demands of your goal race. Simply put, you won’t find a workout in any Endurance Nation training plan that tells you to ride six hours in Zone Two.

#3 — Embracing the Concept of Recovery, or TGIF

Another unintended consequence of the OutSeason® is a refined understanding of the importance of recovery. If you never really train that hard, you don’t create the type of fatigue that demands you take a day off. Most triathletes battle cumulative fatigue; the stress that sneaks up on you over the course of weeks and months that brings gifts such as over-use injuries, a suppressed immune system and much more. It can take years to learn when to rest before you break, mainly because you are never really that tired.

For many triathletes, a day off from training represents failure. Inside Endurance Nation, it’s a crucial component of your success. The OutSeason® has two complete days off per week — more than the average triathlete takes in a typical month!

Early in the OutSeason, athletes typically fill their off days with swimming or other forms of training or active recovery. But by the fifth or six week, the focus has shifted from “What more can I do this week?” to “When is my next day off?”

It’s the strength of the next workout, the one after the rest day, that really sells participants on the importance of recovery. By connecting athletic success to rest, the OutSeason® helps our athletes break the triathlon cycling of more is better. After the OutSeason, Endurance Nation athletes rest to be their best!

Despite the outrageous colors — and snugness! — of your training gear, there is some small part of you that probably enjoys getting dressed up and zipping around town like some kind of endurance super hero.

At the end of the day the time you spend doing triathlon every week is a small fraction of everything else you do. From working to family time to sleeping and even commuting, there are plenty of other activities that take up just as much–if not more–of your time.

The OutSeason® is the perfect time to prioritize some of these other elements of your life. Maybe you pick up some volunteer time at your kid’s school, or you coach a team. Maybe you dial things up at work now that you aren’t doing two-a-day training sessions. Maybe you crush that list of things to do around the house instead of putting it off for another…year.

Give in the Winter; Ask in the Summer!

Your success in the game of triathlon is directly connected to other important facets of your life. Use your winter OutSeason® training period to focus on the health and well-being of these other factors and your season–perhaps your life–will be that much better.

Good luck this winter and beyond. Please share your OutSeason® training experiences with us on Facebook: www.facebook.com/endurancenation.

Endurance Nation created the OutSeason to help Age Group triathletes maintain a longer, sustained focus on their overall triathlon season. Since 2007 more than 2,000 triathletes have improved their cycling and running fitness while training just six to eight hours a week. In a little over three months, OutSeason® athletes typically improve their Half Marathon time by 4 minute 47 seconds an increase their Functional Threshold Power on the bike by 15%.