Sure’nuff, it’s that time of year down in the ol’ town.   This event isn’t the first rodeo for many of our EN brethren, and sure enough ain’t their last. These folks are happy as a gopher in soft dirt to be in The Woodlands.

This year it has been so hot in Texas the hens are layin’ hard-boiled eggs.  But these racers are armed with TeamEN Heat Pace Calculator.  So they will be racing smart and at full chisel. YEEHAW! 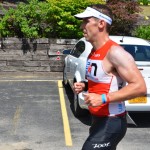 This will be my 17th Ironman® race and a big milestone for me.

I am pumped to be racing with so many Endurance Nation members, and even more happy to have my whole family up here cheering me on for the big day.

My One Thing for race day, my mantra, is to “run to my potential.” I am aiming for a 3:15 effort which is really, really ambitious but I think representative of what I can do. All I gotta do now is swim/bike and run the first few miles right. If you’ve got some extra energy and you’re going to be in The Woodlands for race day, I’d love some verbal support! Good luck everyone! 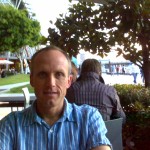 It’s all about having fun.

This will be my 9th Ironman® event and second go around to Ironman® Texas.  I’ll be racing in the age 50 – 54 group again.

I’ve been living in the Northern California area for almost 25 years.  Married with three kids, ages 7, 10 and 20.

I spent much of my working career as a CPA but made a giant change a few years ago to become a stay-at-home dad. Between family life, volunteering around the school and other kids events, and training when I can, I manage to keep busy. Not sure how I’ll ever manage to fit a career into my life again!

I’ve been with Endurance Nation since the beginning and I’m looking forward to meeting all the EN crew again on race week. 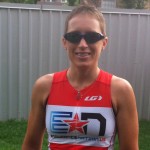 Hi, my name is Kristen Olson, and I live in Houston, TX with my wife, Tabitha, and our dog and three cats.  I completed IM Louisville in 2007 without any coaching, and swore I would never do another Ironman.  However, after training with Endurance Nation for a half Ironman, I realized that I wanted to tackle an Ironman® again with the help of EN.  I have lived in the great state of Texas since I was five, and I am proud and excited to compete in an Ironman® practically in my back yard.

My support crew at the race will be Tabitha, my Mom and Dad, and several curious friends from work.  They have been instructed to cheer extra loudly for everyone wearing EN team kit.  See you there! 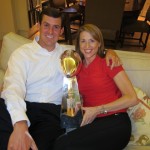 I am 38 years old and have lived in the great city of New Orleans virtually my entire life.  My wife Kendall is exceptionally patient, gracious and smart (not to mention pretty!) and we are lucky to have two beautiful little girls (9 and 4).  I began triathlon on a whim about 5 years ago when my brother-in-law, Colin, (an extremely talented doctor, athlete and man) decided we should bid on a package with discounted registrations for the first Half IM in New Orleans.  A few months later Colin was killed while on a training ride in Baton Rouge.  Shortly after, a 3-foot law was passed and named in his honor in Louisiana.  I ended up competing in the HIM and have continued on in the sport.  This is my first (and Kendall says last) IM and I am doing it because Colin always said he never wanted to look back and say he could have done something and didn’t-I am trying to do a better job of living that way.  I am also competing with my little brother, Ethan, who began the sport before I did and is also doing his first IM.   Racing and training have made us much closer and I am extremely grateful for that. My goal is simply to finish and appreciate the wisdom shared by all on EN. 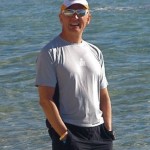 A cosmetic dentist from San Antonio, TX, I’ll be racing my 3rd ironman in The Woodlands in May.  My wife Cecilia and my 2 daughters Avery (21) and Emily (20) will be there cheering me on.  As a brand new member to team EN, I’ll be trying to encorporate the 4 keys into my race on Saturday.  I can’t wait to see how it goes. 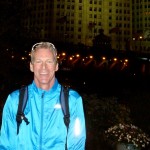 This will be my 6th IM and just moving into a new age group at 55 y/o, I am hoping that aging up, losing 10lbs, and hitting the workouts consistently for the last several months will move me from being able to see the pointy end of the stick to being part of it.
I am married with 5 daughters and 3 granddaughters who will be cheering me on.
I have several “one things” but number one is my wife who has tolerated me doing this crazy sport for several years now and when I hit mile 18 she is who I will be thinking about. That and all the hours of work put in for this one day! 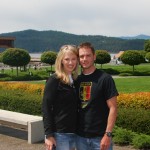 My name is Steve Anderson, and I am a husband and father of one daughter.  Professionally, I work as a financial adviser in Memphis, TN.  I have completed 5 triathlons in my career; 3 70.3s, 1 Olympic distance, and 1 Ironman® (2011 Couer d’Alene) – and in that order.  I am excited to try again at the Iron distance…it is quite a different animal than the other distances.  I have been with EN since the completion of my first 70.3® and I LOVE the team.  It has been awesome to continue to get faster and faster as all of those in my local community have embraced other various training philosophies.  I am also a member of a local racing team called Memphis Thunder Racing. 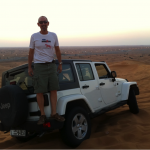 I am Pat Ward, 53 yrs old , married with two grown children. I live in “cold” Port Huron Michigan. I have been a competitive athlete most of my life, fairly new to the sport of Triathlon. I ran my first mile ever in 2005. Since that time I have completed 16 marathons including qualify and running the Boston marathon. I learned how to swim in the spring of 2009 and also bought my first bike. This will be my third Ironman. I have also completed IMKY in 10 and St. George in 11. I joined the EN team in the fall of 11. I am excited and ready to execute my best ever IM. 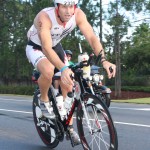 Wife Alycia and two children Makenzi and Cody. Graduated from Southern California. Played linebacker in the NFL for Miami, Jacksonville, Baltimore and New England from 1995-2000. Owner of The Trek Bicycle Stores of Jacksonville. After 10+ 70.3’s and a WC qualification in 2011 I figured it’s time to jump in with both feet and do a Full IM. This is my first year with EN and it makes all the sense in the world to me. My goal is to beat Coach P…….or not.

I am a 31 year Husband and Father of One. Both my wife Kortney and son Braden will be in the Woodlands cheering us all on. This is my first Ironman® distance triathlon. I have never ridden beyond 100 miles, so wish me luck. I am number 1055.