Endurance Nation has 21 rock stars making a stand in Ol’ Louisville.  Weather looks to be mild by Louisville standards.  But it will still be hot!  This is a true advantage for TeamEN members as we have been analyzing heat acclimation and how to properly adjust pacing on both the bike and the run so we don’t melt out on the course.  Because on race day it is not about fitness. . . .it is about execution.

Meet a few of our team below. 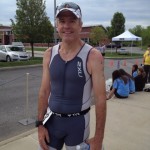 My name is Ken Smith, 52 years old from Warren, Ohio.  I am a Nurse Practitioner who specializes in Gastroenterology/Hepatology  I weighted 250 lbs on 6/24/2008.  Since that time I have run 12 Marathons (which have included 3 Boston, 2 NY, 2 Akron, 2 Cleveland,1 Ultra, 1 Disney and 1 Goofy Race). I have lost 90 lbs. and was featured in Runner’s World 4/12 in the weight loss issue.  I started Triathlon in 2011 which started with a sprint, Oly, and Rev 3 Half Cedar Point.  So far this year I have run the Boston marathon, the Cleveland marathon, a sprint, Oly, and Eagleman.  I stumbled up EN last September after my REV3 Half.  Since that time I swear I have listened to every podcast/webinar that there is…LOL.

This will be my first Ironman® distance triathlon and am very excited to be apart of Team EN/Louisville Edition.  I’ve met some terrific people during this years Louisville Rally.  Can’t wait to see you all again for the race.  Good luck everyone. 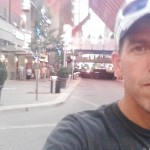 Completing my first full year “in the Haus” and returning to Louisville because I enjoyed the course so much and looking to improve on my 12hr 16min. maiden voyage around the course.

Looking forward to meeting you all in the ‘ville! 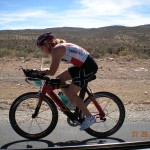 Hello Team!  I am Valerie Williams, a 51 year old Firefighter/EMT from Las Vegas, NV.  Louisville will be my third Ironman, but my last one was in 2004 (CdA), so it’s been awhile.  When I turned 50 last year I had a PR at the half ironman distance (finally broke 6 hours) so I decided to try the Ironman® again.  Thanks to Team EN, I feel more confident going into this race than I ever have.

I’ve been married for almost 20 years to the best support guy anyone could ask for.   He’ll be staying home to take care of the kitties, so my Mom, Sister, and Niece will be joining me in Louisville to cheer us all on! 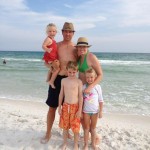 My name is Jon Smith and I’m a 41 year old triathlete from the deep south, down in New Orleans.  I’ve been racing marathons and triathlons since 1999, however slowly I allowed myself to get away from the sport starting in 2004 and by January 2010 I realized I had allowed myself to gain nearly 100 extra lbs! Fortunately I found sport again and have turned it around, I’m down nearly 120 pounds and in the best shape I’ve been in since I was a three sport high school athlete.  Sheer determination got me out of that rut and through the first Ironman, hooking up with Team EN has really made the difference in pushing me into a whole other gear!  This will be my second Ironman, Florida 2011
was my first.  I know Louisville quite well and I’m looking forward to racing this course.  I’ll be very happy to have my wife Lori along to support me, but unfortunately I won’t have my three children along for this race.  (I had to add the picture with the goofy hat!) 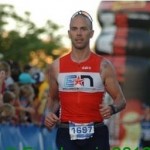 Hi, my name is Roy Ezell and I’m a husband and proud father of three (two sons and a daughter). I live in Woodbridge, Virginia, and have been a Marine for the last 21 years.  This will be my third iron distance event and my goals are to make good decisions during the day and execute to my potential.  As my wife’s family lives in Louisville, I will have a pretty large cheering section on the course giving out lots of good energy.  Looking forward meeting the rest of the EN team and enjoying the day and its challenges. 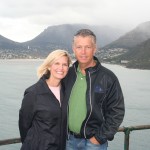 My name is vann Simmons, I am 45 years old and from Amelia Island, Florida. I am married to the ultimate iron sherpa Stacy and have 2 beautiful teenage daughters. This race will be my 4th Ironman® race and 2ndLouisville (2011).  I am returning to Louisville for some redemption after an hour plus personal worst last year. I am fairly new to Endurance Nation but feel that the knowledge and direction that I received the past couple of months and at Louisville training camp will propel me to the results that I am capable of. I really look forward to racing along side you guys and cheering each other on!! 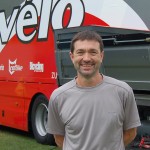 I got into my 40s and realized that I had to do something as I had become way too sedentary.  I started going to the gym, then incorporated some running, and finally some spinning.  So then I thought I might as well try some races. I competed in some 5ks then 10ks, and then I heard that my local rec center was introducing  adult swimming lessons and that planted the seed to do tris.  I have participated in triathlons since 2009 and have been on the Endurance Nation team since 2010.  My first year was spent learning to swim (still trying!) and racing in a number of local sprint tris.  Year 2 I moved up to Olympic distance and my first, very painful, HIM in Muskoka.  2011 I was beset with injuries culminating in breaking my collar bone in a bike accident 2 weeks before last year’s Eagleman.  The rest of the year was dedicated to getting healthy and enjoying running.   Fortunately  I’ve had a good (injury free) OS and completed a Eagleman earlier this year.

I always had in the back of my mind the prospect of attempting a full Ironman® but really needed that ‘one big thing’ to push me over the edge.  That happened this year when Val (a friend’s sister) died from cancer just a  few months before going to watch the Tour de France.  I was to go with her, my friend and his wife.  So it became very personal for me.  After some thought I decided that this was the push I needed to try an Ironman and raise money at the same time – so here we are.

If you are interested in learning more about my  fundraising efforts, you can visit my personal training page athttp://ironman.kintera.org/louisville2012/abritinva. 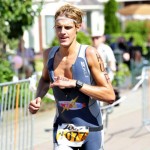 – 29yrs old, from Amsterdam (the Netherlands)
– lived in Chicago for 2 years and that’s how I got in touch with EN
– my second year of triathlon and my second full distance triathlon. Did Challenge Henley (London) last year in 10h10m
– EN member since February and have made steady progress (HIM PB 4:21)
– (secretly) hope to claim a Kona spot in my AG, aiming for a 9.30 finish
– my former roommate Raph is also racing, it’s his first IM
– excited as hell! 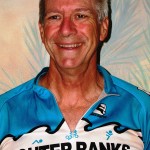 Hi Teammates i’m Jim Ebert; USAT “age” is 66; live on outer banks of nc for the past 11 years; wife is Jarie (Marie but with a “J”), director of planning & development for the outer banks hospital; me, 20+ years of tris (average 3-4/yr), started with minies, 70.3s the past 5 years, ChesapeakeMan 140.6 last year (oldest guy in the race, none finished in the 60-64 AG…so they forgot me at the awards ceremony, but they fixed that and i got my AG champion plaque at the end, 14:39:23); worked for USNPS 35 years, ended as wildlife biologist in endangered species habitat mgmnt @ the NPS outer banks group (Cape Hatteras Nat’l Seashore, Fort Raliegh Nat’l Historic Site & Wright Brothers Nat’l Memorial) , working in my 2nd career as a massage therapist; have a Trek Speed Concept; main rule “don’t get hurt”, main goal “get to 190 lbs (@192 now); i’d attach a photo, but in all i look like Harrison Ford…drunk. 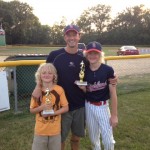 Kevin Nelson here reporting from beautiful St. Paul, MN.  This will be my first IM with EN and my first IMLou.  Overall, this is my 6th IM with 1 DNF due to a mechanical.  I am excited to race after seeing vast improvements in my training.  After PR’ing in my very first IM and then progressively getting slower I am excited to put the new found fitness to the test.  This wouldn’t have been possible without the support from my two mini humans Tenzing and Espen, my great girlfriend Nordica, and especially my parents Micheal and Kathy, all of whom will be with me on race day.  Let’s Race! 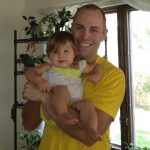 This is my first IM distance race and I’m excited to be on the EN Team! I did my first Tri in March at a local 70.3® on a Surly Long Haul Trucker (heavy touring bike) and my goal for the swim was two-fold: 1. don’t drown and 2. avoid sharks at all cost. I finished but it wasn’t pretty. I have always been an athlete, but none of my background includes water or wheels – or running for more than 20 seconds at a time. Ironman® and Tri are exciting and challenging.

I’m excited to race with the team (I’ll be a corporate billboard for HumanaVitality, but flashing the EN gang sign) and use race day as a chance to put months of experimentation to the test! 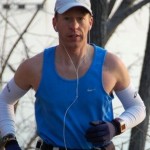 Hi my name is Rob Tagher. I am 40 years old and am a pediatrician living in Northern Kentucky.  I am married and have 3 kids ages 7,9, and 10.  I started running about 6 years ago and have done several marathons over the last few years.  As I cross trained for running, I started to do some shorter tri’s over the last couple of years.  This will be my first Ironman.  EN has a wealth of knowledge to share and I have enjoyed my improvement over the last year since joining.  Thanks to all the members who have helped me get to race day.  I have the confidence that I will execute well and finish with a smile on my face.

Ready To Train?
Create a FREE five-day trial to check out everything Endurance Nation has to offer. From 20+ training plans to over 500 pages of resources, from 100+ daily forum posts to our weekly coach chat sessions, there’s something for every triathlete!