A small crew from Team Endurance Nation will head down to the Big Easy for some Half-Iron fun this weekend. With a swim through protected waters, a bike through the bayou, and a run back in to town, and finishing up at Louis Armstrong Park, this should be a fun race that is anything but easy. Let’s meet the members of Team Endurance Nation taking on the challenge. 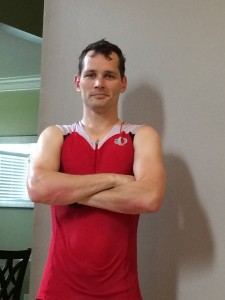 Father by day, triathlete by early early morning. I’m a Father/Husband/Physicist/Gamer from Baton Rouge Louisiana. The first race I ever signed up for was IM Cozumel. I’ve been in triathlon for 2 years. This is my second time running IMNO.

I really love the Ironman® lifestyle. A family and full time job means most of my workout start at 3 AM. 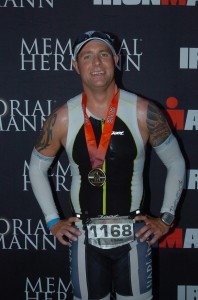 I’m from New Orleans, now in the suburbs. I started tris when I was 16 and did a couple 70.3s in 2000. I didn’t get serious again until IMNO came around and gave me a good reason to start doing longer distance again.

Race Day Goals:PR Swim and have a good bike. I won’t run due to coming back from foot injury and not ready for the distance.

Live in New Orleans, moved here about 2 years ago. Did my first triathlon in 2008. I’ve completed four 70.3® and training for my first ironman later this summer. My goal for this race is to come off the bike and have a strong run. I’m looking to average 7:09/mile (zone 2 pace). This would be my strongest run for a 70.3® by far.