Quality Over Quantity for Ironman Success

Scott Goes Next Level on his Endurance Quest 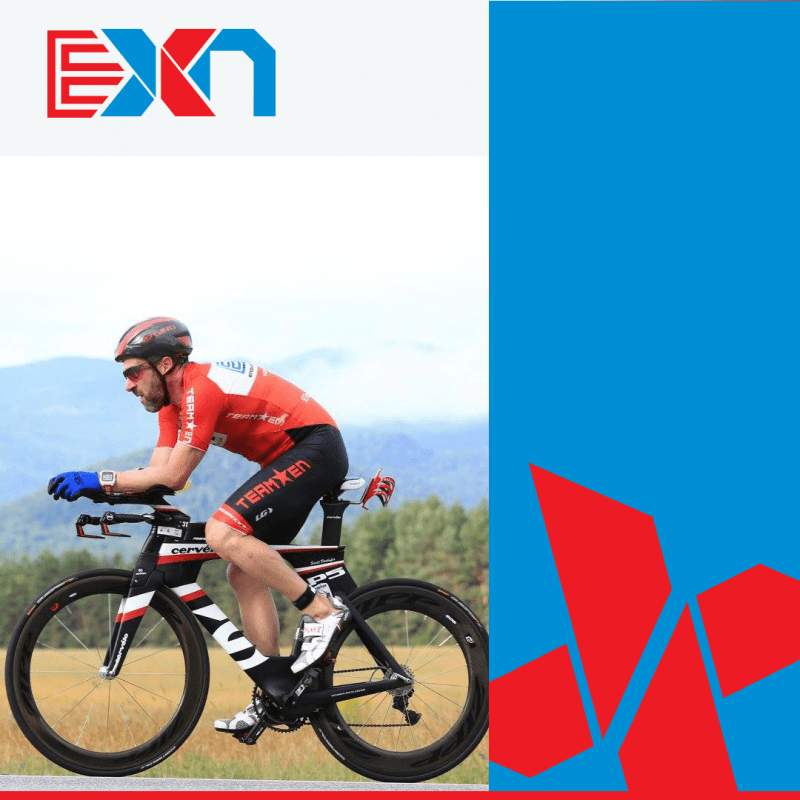 Less Work for a Better Ironman

Smarter is the New Faster!

12 Years of a Sedentary Life, Ended

In 2009 after living a sedentary life for a few years, having gained 50 lbs from age 31 to 43, a friend suggested I do an Ironman Triathlon. On his recommendation, I was following a high volume-oriented plan. If you are going to swim, bike and run far, you need to do lots of that in training was the premise.

I went along with that until I tripped across the four keys videos on a beginner triathlete forum. The idea of a training program that was based on lower volume and higher intensity was appealing to me. I got my hands on the EN E-book and devoured over a weekend vacation with my kids and became a convert.

The EN Coaching team quickly put me on a training plan that allowed me to get the right amount of volume and intensity in a week without taking over my life. What I soon learned was that I wasn’t just trying to solve the problem of how to train for an Ironman, I was also trying to solve being unfit at age 44 and to adopt a healthier lifestyle.

A Great Start to a Healthy Life

My first Ironman that I was training for was Ironman Arizona 2010. This was a focus race for the team, and the experience of being in Tempe where I traveled alone with a group of people and a coach whom I’d been interacting with for months online brought a comfort factor to this arduous task I’d chosen to participate in. At this point, I was simply looking to “complete” my first Ironman in a respectable time, as I was still a heavy-set guy.

I got through the swim with confidence, biked in a way that I wasn’t destroyed after 112 miles, and because of an injury that hampered me during training, had to walk run, the last 10 miles of the marathon.

That said, it all came together with a time that I had predefined as one that would “put a smile on my face.” What I did have throughout the day was a sense of confidence about what I was doing because of the mental edge I received from Coach Patrick and the EN team in my months of preparation.

What I love most about Endurance Nation

There are many coaches that can easily get anyone to finish an ironman, endurance bike race like the Leadville 100 or ultra-marathons. Those coaches are usually working with 10-20 people per year and are typically set up in a model where the dissemination of information is from the coach to the athlete. I’ve found EN to be unique in that the model is a team.

As Coach, Patrick McCrann knows his stuff better than most, that’s partially because a team model that includes many self-coached athletes utilizing the coach, the team, and the resources together have provided Patrick with literally thousands of data points. He knows what works, what doesn’t, and how to rescue an athlete’s race preparation when issues crop up during training.

Additionally, there is the team, when you have a question, you can get answers from dozens of seasoned athletes who have already encountered and tackled similar problems in the past. Not to mention the camaraderie and friendships that come from working within a group environment.

Since that first Ironman, with the help of new friendships formed through with my Endurance Nation teammates, I adopted a much healthier style of living, I’ve completed 10 Full Ironmans, the Leadville 100 MTB race and too many epic runs, bike rides and training camps to count.

I’ve adopted a healthier style of living that typically has my weight at 40-50 lbs below, where I lived previously. At age 54, I’ve ducked the Heart Disease bullet that I was likely on the path of following in my father’s footsteps who had bypass surgery at my age and passed away at age 62. Endurance Sports is more than an event, it’s a lifestyle, and the EN Team community is a necessary component of that lifestyle for me.