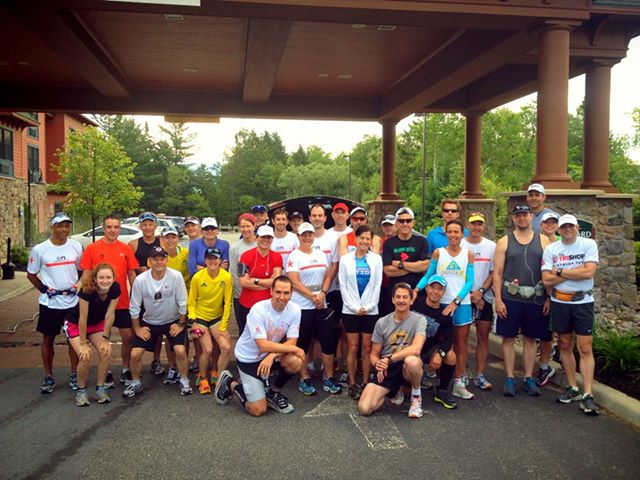 Over the weekend of June 14 to 16th, Endurance Nation held our 12th consecutive annual training camp on the Ironman® Lake Placid course. More than forty triathletes from all over the east coast came to ride the course and learn critical race execution tips and skills from Endurance Nation coach Patrick McCrann.  Read on to learn more and get a special invitation to our FREE Four Keys talk in Lake Placid over race weekend!

With the camp just six weeks prior to race day, the focus is 100% on race execution. The campers perform a race execution workout on Friday. The workout is to ride two loops of the Lake Placid course (112 miles) and then run six miles at goal race pace. The goal here is to reconcile current training fitness and race day expectations with the realities of the course.

While the Thursday before camp was wet and cold, Friday was perfect — mid to upper-seventies and plenty of sun. In fact, the only complaint was that there really wasn’t the usual wind that picks up over the course of the day.

At the evening debrief, I talked about the course and offered some input on how to handle the hills and terrain changes. We discussed how to tweak nutrition and what to expect on Saturday. 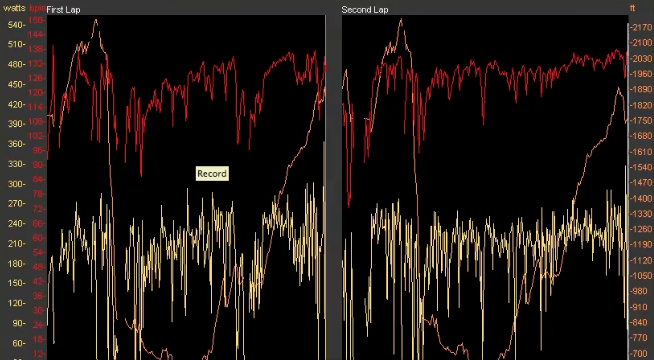 A screen shot of the powerfile of one of the campers…Placid ain’t easy!!!

The second day called (on paper) for a repeat of the first. Yep, another 112 miles on the bike…only this time no need to run.

Why head back to the course?

It’s one thing to experience the course when you are fit and rested; it’s entirely different to ride it when you are shelled. False flats rear their ugly heads. Even slight winds can truly slow you down.

If Day One is to see the course, Day Two is to learn it.

Not everyone does the full second day. Quite a few campers modified the course by either taking off the out/back to Ausable Forks (saving 12 miles), while others opted for just one loop and a swim or run.  Again, the point here is to experience the course while fatigued, not to just create so much fatigue that recovery becomes an issue.

This time the weather “cooperated” with my intentions, giving everyone a true taste of what riding in the winds of the region can mean for a full day of racing.

At the closing dinner / debrief, we discussed the changes that people had made from Friday, and the impact on their rides. We covered how to manage effort in the shifting conditions and the new elements of the course that “appeared” on the second day of riding. There was quite a few comments on nutrition, and how increasing fluids and calories made for a much better day of exercise. 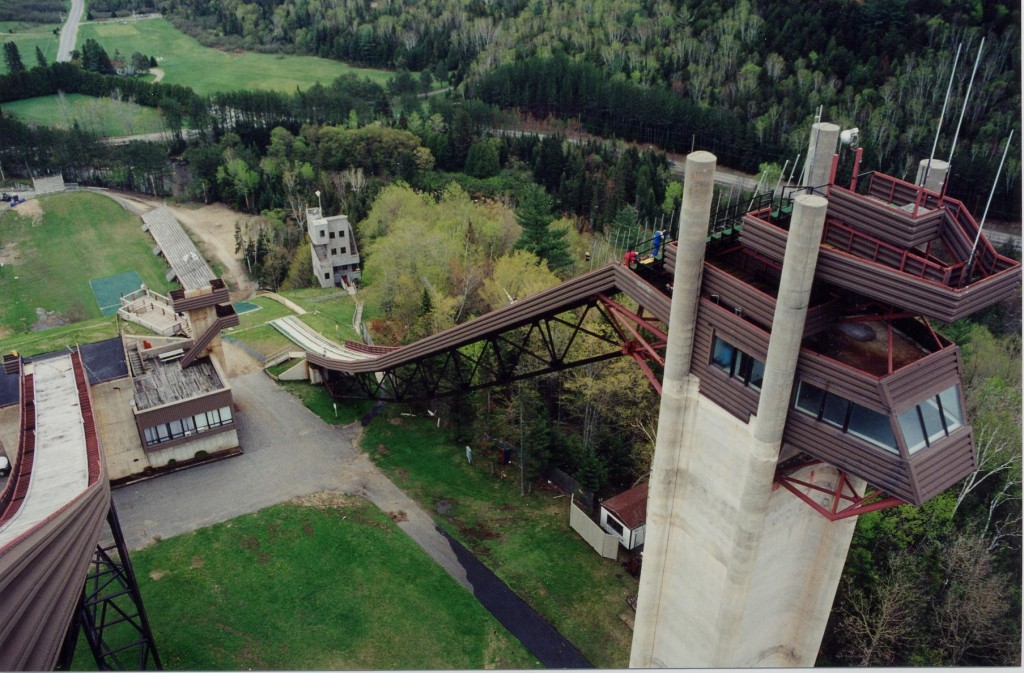 Photo Courtesy of The Center for Land Use Interpretation

The full squad was up bright and early to tackle one full loop (13 miles) of the Lake Placid run course. While many had already run, this would be their first experience heading out of town, past the ski jump and onto River Road.

I purposefully staggered the run such that we ended up hitting the big climb into town at about mile 10 — late enough to be hard but not so late that it’s impossible.

Again, pacing and execution were key here. It was easy to see who had (or hadn’t!) paced themselves properly in the first two days of camp. Again, some incredible lessons learned here, including:

Wrap Up, Thanks & Special Invitation

Another great, epic weekend of learning and training is in the books! I can’t wait to see everyone up in Lake Placid for race week.

Many thanks to our incredible sponsors and supporters: Fuelbelt, RestWise, infinIT, Normatec, The Core Diet and others.

Coach Rich and I will be on hand to support the 70+ Team Endurance Nation athletes who are competing in Lake Placid this year. We will be holding our renown Four Keys of Race Execution talk on Friday at 10am, in the Palace Movie Theater (yep, big time!). Tickets are FREE (RSVP here) and attendees will get some schwag as well as a chance to watch the inspirational documentary of making the US Olympic Triathlon Team:  Triathlon — Through the Eyes of the Elite. Please RSVP to join us for our race strategy talk, or pass along to your teammates and training partners!