The Value of Power for the Triathlete 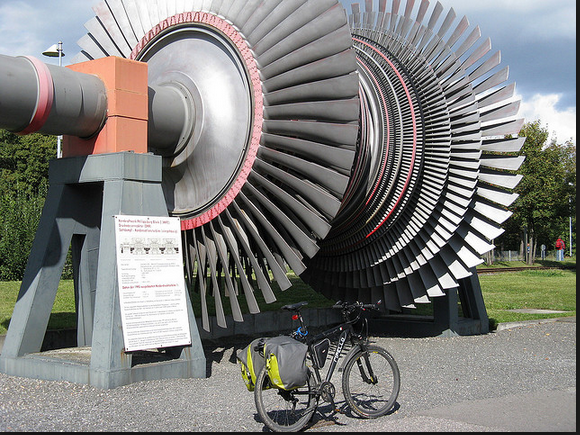 Use a powermeter to build a bigger engine, and more power, on the bike!

With three sports to train and race, triathletes are assaulted from three directions with the question “where should I invest my limited time and money to achieve the best return on race day?” We feel that a powermeter is an excellent investment for the triathlete to make in their training and racing, when compared to similarly priced investments.

A powermeter is a crank or hub-based device which directly measures the work, called a “watt,” performed by the cyclist. It’s this “direct measurement” piece that creates the value, and power, of a powermeter for triathlon training and racing. But before we discuss the value of power for the triathlete, let’s first discuss how power relates to changes in fitness…and don’t forget to signup at the end of this article for a FREE download of our 8 Week Bike Focus training plan!

Improved fitness is the ability to perform more work

In January you perform a time trial and ride your bike at 19mph for 10 miles. You then train and train, retest yourself in May, and are able to ride your bike at 21mph on the same 10 mile course. You’ve gotten faster…or have you? Speed can be significantly effected by wind so it can often be difficult to make comparisons from ride to ride due to changes in wind conditions, even on the same course. A powermeter, however, provides an objective measurement of the work performed for each ride. So lets assume that in January you averaged 200 watts for your time trial and in May you averaged 230 watts. From this we can absolutely say that you performed more work in your May test.

Improved fitness is then the ability to perform more work, the functional expression of which is more power produced by the rider. More power, all others variables held constant, will result in higher speed on the bike.

If the functional expression of improved fitness is the ability to perform more work, then a powermeter, as a tool that directly measures the work performed, affords us the opportunity to make our cycling training more targeted and time efficient. The analogy we’ve found most useful is weight lifting, as most athletes have dabbled in strength training at some point.

Let’s say your goal is to improve your bench press:

Power training on the bike follows a very similar process:

What’s important to realize in both examples is that:

But racing is where the powermeter becomes most valuable for the triathlete, especially in half and full Ironman® distance events: the longer the event the more success is a function of simply not making mistakes. In an Ironman, for example, large or small mistakes made over 112 miles of cycling now have a marathon, 26.2 miles, to express themselves!

The knowledgeable power triathlete knows exactly the optimum work rate and total work she can perform during the bike leg and still run well off the bike.  And she always knows, in real time, exactly how much work she is performing relative to these numbers.

The non-power athlete lacks this level of granular, real-time, objectively measured data. Instead, he must rely on the subjective feedback of heart rate and/or rate of perceived exertion (RPE). In fact, the heart’s response to increased power is delayed by about 90 seconds and so small, or even very large, pacing errors can be difficult to capture through heart rate alone. And RPE can be skewed by the excitement of the race, the feedback received from athletes around us (“I guess I’m supposed to hammer up this hill because everyone else sure is…), etc.

The net is that the knowledgeable, disciplined power athlete simply makes fewer pacing mistakes on the bike and is more likely to set up the run than the non-power athlete. In our experience (coaching over 1000 Ironman® finishers each year since 2010), the Ironman® run course is littered with the bodies of very, very fit athletes who made pacing mistakes on the bike. A powermeter then is in many ways a stupidometer, a tool that tells when you’re being stupid, so you can stop being stupid ,and not join your friends in very, very long walk on the Ironman® run course.

In summary, a powermeter is an excellent investment for the triathlete to make in their training and racing, especially when compared against similarly priced options: