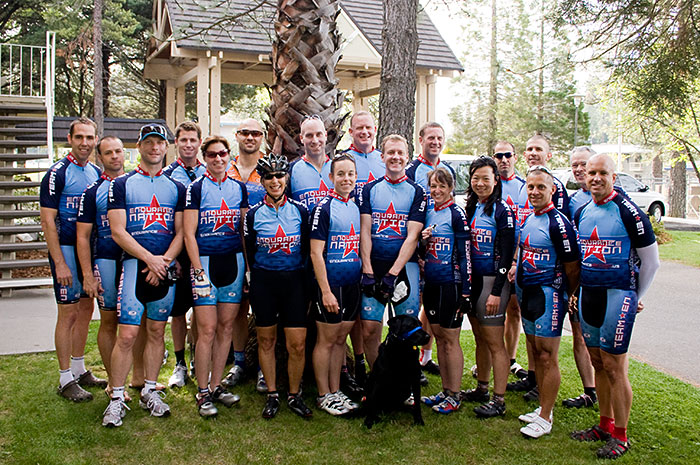 Theme of the Day: Eye of the Tiger

Summary: We left the city of Grass Valley at about 8am, off to find the KOM on the other side of Auburn and then “cruise” downhill to just outside Sacramento. What looked like a simple stage turned out to be quite difficult…but we all made the most of it and had fun despite the pain!

The Full Run Down

We split into two groups, the A and the B. The killer B’s left first and were on the course with a 30 minute head start. Despite the fact that the B group split up, they all managed to stay ahead of the A group. On their side, the A’s had some mechanical issues (thanks Coach P) but worked well together to have a solid day.

We hit a 12% climb almost out of the gate that didn’t even make it onto the profile sheet…which should have been the first inkling that things were amiss. The first sprint was open and fast, and sprint #2 in Auburn was twisty and uphill…ouch! The KOM was just over the second largest suspension bridge in the US and lined with fans…just awesome. The last 30 plus miles weren’t too exciting as we left the wooded forest for open flat lands and some solid wind. The sun beat down on us most of the day, but graciously receded for the last hour.

After the Ride: With a short transfer to Davis on the agenda, we were able to dash into Sacramento to grab some food and catch the circuit finish. We watched the peloton fly by, saw Boonen crash, and even caught HTC off the front taking Cavendish to a Stage One victory.

Stats: Here are the details… The Ladies pause for pics on a bridge

Video: the pro peleton enters the circuit in Sacramento 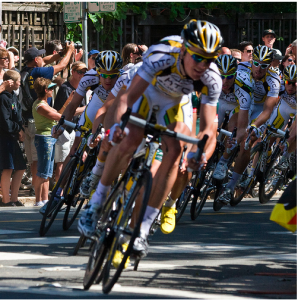 HTC winding it up for the final sprint