Conquering the Climbs, Part One: There is No Pixie Dust 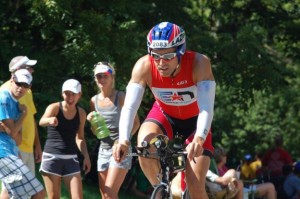 Spring has sprung, bikes have been unlocked from their trainers and triathletes everywhere have been begun to ride…wait for it…on the roads! And that often means hills and that often has us hearing many “I’m not a climber” comments. There are many myths and a lot of misinformation swirling around the triathlon interwebs about the topic of how to get up, and down, a hill more quickly.

The purpose of this three part series then is to get your mind right, and give you the skills and perspective, to get up and down a hill more quickly.

Let’s begin by going up the hill and teaching you what’s really going on, but let’s frame that conversation first:

There is no magic “he’s a good climber” pixie dust. There are only optimal and sub-optimal physics.

Getting up a hill more quickly is simple physics (with some other stuff we’ll talk about below), specifically:

So, to become a “better” climber:

That’s it! There is no magic climber pixie dust that enables your skinny friend, or your strong friend, get up the hill faster than you. Their physics equation — the watts per kilo of their bike/rider system — is simply better than yours.

There you have it, the physics of climbing! I’ll be back shortly with:

Part II: Gearing — I’ll discuss what changing the gearing on your bike does, and will not do, for you.

Part III: Perspective — next, I’ll talk about the incredible value that climbing has to make the hard work seem easier and significantly redefine what “hard” is.

Part IV: Descending — finally, I’ll explain how to get down the hill faster, safer, and more fun-ner!