Another day for the sprinters (sorta) with the Tour working it’s way south on the shoulders of the Sierra Nevada mtn range. While the elevation was a net downhill, we still managed over 5.7k gain for the day. 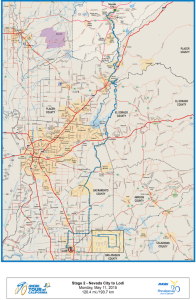 My plan for the day was to have the B group leave about 30′ ahead of the A-group. Each group would ride the course, likely coming together somewhere, with us pulling the camp off the course at Hwy 16. From there we would shoot straight east to our next destination in San Jose.

B-Group assembled and ready to go. 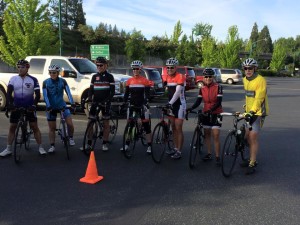 The B-Group, from left to right:

A-Group regroup and picture after a “natural break.” 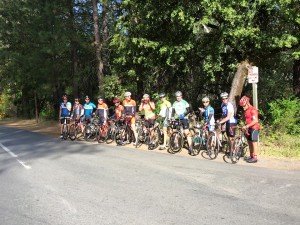 Me taking the “totally random, end of the bridge sprint” somewhere 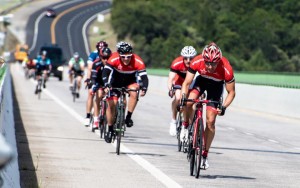 For me, today was punctuated by an incredible variety of scenery and terrain. For months I had been so wrapped up in planning and organizing the logistics of the camp that I had forgotten to remember just how epic the riding was. Now, on the second day with the camp neatly broken into two groups who had demonstrated an ability on Day 2 to work together well, I was able to sit back a bit and enjoy the ride. We had done some or most of these roads in past tours so it was great to introduce this area to the campers.

The groups came together around Clarksville, I think, and a quick check of the profile showed it was all downhill to Hwy 16 to make for an easy ride to vans…right? Wrong! Rollers, all manner of winds, and more rollers. I went to the front for about 10-15 miles to just drive a very, very steady train to keep as many of us as possible on the train, so we could finish together.

Bike shot, before the “descent” from Clarksville 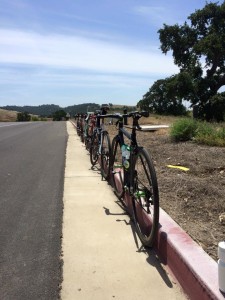 Leading the train, note the difference in facial expressions between me, Jeremy (2nd wheel, and Dino (3rd wheel. 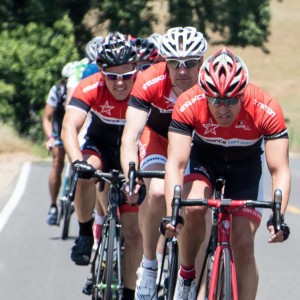 **A Note on the Camp Pics**
Our other admin driver, Brendan Shannon is a good friend and former training partner of mine who recently left the corporate world to be a professional photographer. He has a create an album of incredible shots of the camp. Not many training camps staff their own professional photographer so I’m excited to work with Brendan on my future camps. 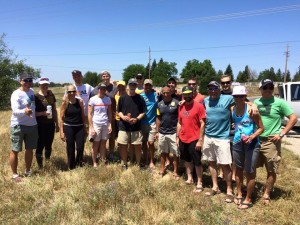 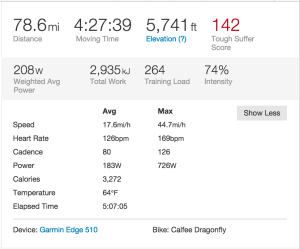 Next: Stage 3, San Jose to San Jose, a MONSTER day of climbing!